Remaining true to Sven Väth’s original vision of metamorphosis – COCOON made the ultimate transition this summer leaving AMNESIA, it’s home of eighteen years to align with the original super club PACHA, who during the winter of 2017 undertook its most significant renovation ever. 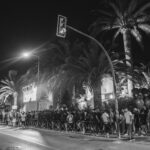 Sven Väth described his move from Amnesia to Pacha with a positive approach, announcing a “collision of visions” back in February 2018, and many people agreed with him (but maybe not on such a positive note initially). As we all know, every season in Ibiza hails an ever-changing landscape which often doesn’t initially agree with regular party goers, but as always it was up to the summer of 2018 to proceed, reveal and confirm all. Having witnessed the opening of this unique marriage of Cocoon and Pacha, we were thrilled to see that the party had retained its original atmosphere, vibe and character. We decided to return for the closing fiesta to see if the new encasement of Pacha had been accepted by the loyal followers of Cocoon who have remained steadfast for eighteen amazing years.

Arriving at Pacha, the queue to enter was enough to confirm that Cocoon was as popular as ever. Crowds of people came for the closing of the iconic techno night that was headlined by the legendary Sven Väth and Seth Troxler. With a motivating mix of minimal tech, tech house and techno, the Cocoon audience were taken on a definitive musical journey like no other, meticulously controlled by two of the top crowd pleasing DJs of our time. 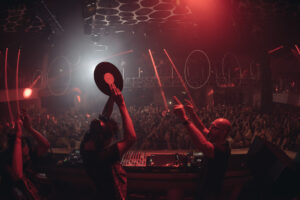 Sven Väth and Seth Troxler back to back

The infamous Room 2 at Pacha was immediately filled with the alluring techno and house of Dana Ruh, André Galluzzi and Cesar Vinzent. All three DJs have played regularly for Cocoon this season and both their ease and gratification behind the decks radiated through the audience and far beyond. The energy within this room was clearly animated as it was equally with the combination of Sven and Seth. The night was in our eyes a true testament to the skill and love that Dana, André and Ceasor put in to their sets as did every other DJ performing for the legend all season. With both rooms being filled with such musical genius, coupled with an emotional furor that only the Ibiza Closing season can bring – this truly was an explosive Cocoon celebration and grand finale! 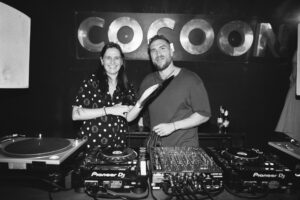 Looking back, Lisbon based stage and visual experts DUBLAB provided the perfect ambience and misty red backdrop that adorned COCOON’s visual component. With the main ingredient of Papa Sven, the backdrop from DUBLAB and of course the hardcore Cocoon crowd, Pacha itself shone brightly for this benchmark event.

As Sven suggested earlier this year “Ibiza will never stop changing and nor will Cocoon! This is metamorphosis multiplied by two and I am so excited about this collision of visions – let’s turn this page and get on the dance floor!”. The Ibiza crowd were in full agreeance, firmly voting with their feet on the floor until the final tune. We think it’s more than safe to say that the page has most definitely turned and the Cocoon fixture at Pacha will continue for the foreseeable seasons ahead.

Follow COCOON and prepare for what’s next with SVEN: