PREPARE TO BE MANIPULATED –

Something extra special on the Techno front is coming this October and will see the return of industrial favourites Advanced Records with a solid round of remixes to support the return of their label head honcho, Ade Fenton for its meteoric 50th release. In the fiery form of the Manipulator EP, this is considered a standout collection that will herald Ade’s first release on this poignant label since back in 2004. He now returns to the hard edged side of the electronic platform, standing true to his original and raw roots he is joined by Ben Long, Madben and Gemini Brothers on remix duty, all delivering a powerful and direct punch to the clubland jugular. 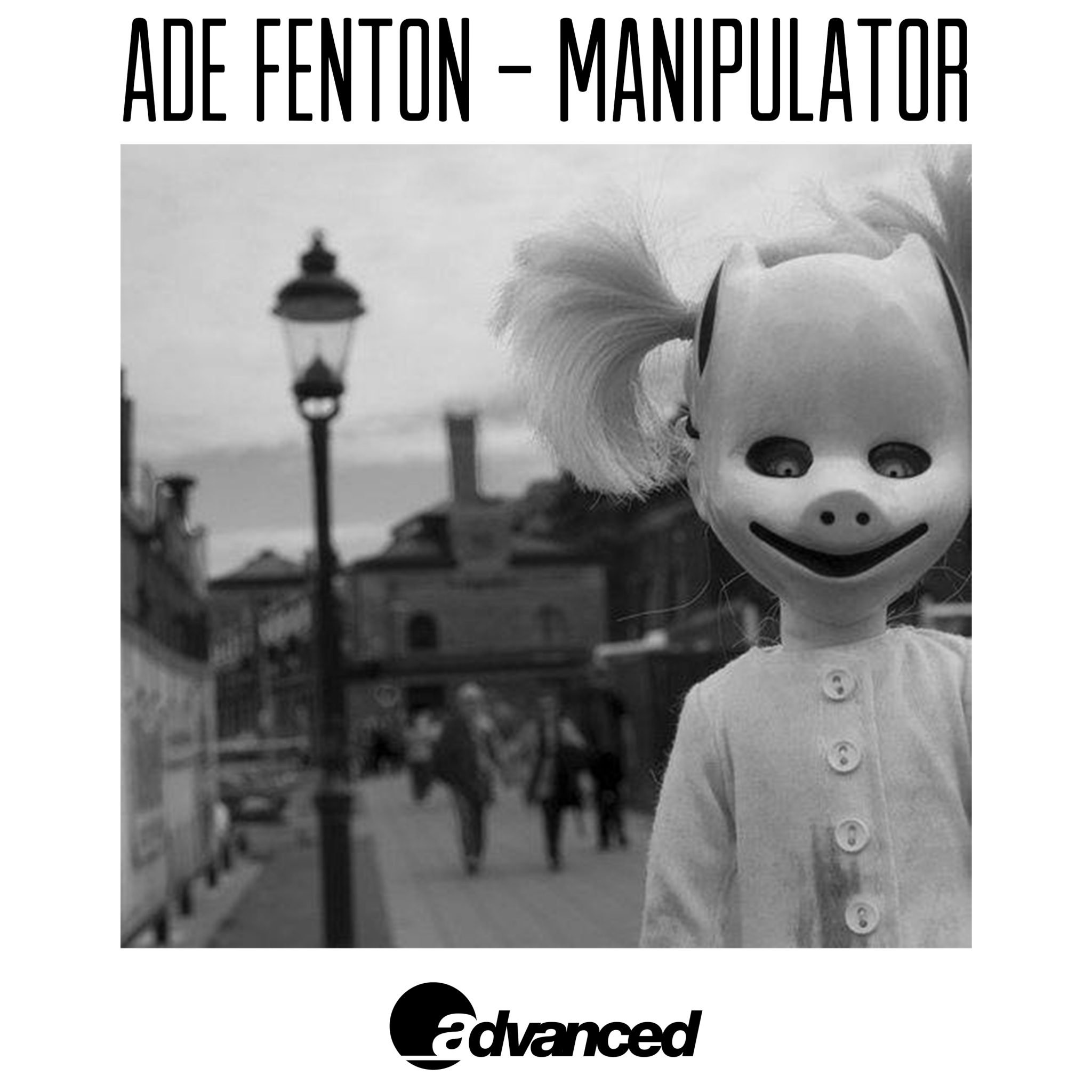 Ade is widely recognised for his early works and contribution to the scene and yet has remained very relevant with an insight rarely afforded to most. He currently manages the Techno demi-God Dave Clarke keeping his ear firmly on the underground and also recently produced electronic icon, Gary Numan’s latest album after acquiring a lengthy string of accolades for his previous body of work. This release will definitely rollout Ade’s return as a prominent producer and international DJ and widespread interest has already started to reverberate across the globe. Advanced themselves are excited to reclaim their placement in the Beatport charts and will be firing out an influx of fresh new music to the influencer’s record boxes, so expect to be hearing a lot more of this pairing over the coming year.

Electronic inspired fans are gathering in anticipation as Advanced Records present their 50th release punctuating their catalogues extensive 19-year span and featuring their own label boss. The forthcoming release ‘Manipulator’ is supported by cohorts Ben Long, The Gemini Brothers and Madben all offering up their own unique club movers on the package. Due for release on 20th October this will coincide with the Friday at ADE, the world renowned industry conference (Amsterdam Dance Event). In preparation to the upcoming package, we can extend a limited taste of what they have on with a free give-away of their classic track and initial landmark launch ADV001, that has been meticulously reworked for the 2017 dance-floors by Fenton & Thomas.

A LASTING INFLUENCE ON THE INDUSTRY –

Last releasing in 2011 as an independent Techno artist, Ade built his name upon the very foundations of the industrial sound and became one of the leading exponents of the scene throughout the late nineties into the millennium. Culminating in multiple Radio One features, over 40 single releases, albums and remixes releases across some of the world’s finest techno labels alongside a full DJ schedule that demonstrated his global recognition, becoming resident for one of the UK’s premier club nights at a long term favourite-Atomic Jam.

Taking his amassed experience into alternate realms, Ade has fluidly transferred into producing and co-writing alongside the lauded legend, Gary Numan, delivering a total of three critically acclaimed albums across a 10 year period; Jagged, Dead Son Rising, defined as “one of the great dystopian rock albums of all time” by Artrocker, and Splinter, scoring Numan his first Top 20 album in over 30 years. Many prevalent critics hailed this as the finest album in Numan’s illustrious career and perfectly positioned Ade to be decided as the producer of Savage, the much anticipated follow up to Splinter set for release this Autumn (September 15th).

Remaining intuitively connected to clubland, Ade has managed many key artists that have all impacted the industry, including pioneers through to independent and breaking talent. He has continued to push his sound forward and drive the industry relatively behind the scenes. As we see it, in today’s current musical climate it’s quite an accomplishment for an independent label to reach a consistent number and 50 separates the motivators away from their manufactured counterparts. An even larger task is for a DJ that cut their teeth in the 90’s and deliver their knowledge over a decade away from the direct limelight and still remain current. To celebrate this empirical 50th release Ade has set about producing a sound that will surely reignite clubland with elements of classic and analogue proportion.

A SOUNDTRACK TO A GENERATION OF RAVERS –

Born from a namesake that was built on providing cutting edge music whilst making it accessible to the world has remained their steadfast ethos. Advanced Records, is now run in conjunction with Ade’s long-term label partner Paul Smith and continues to release a relentless and highly valued catalogue of driving techno edged floor pounding material since its inception early in 1998. With both guys planted firmly at the helm the brand they have gained a loyal following, winning over music press, industry heads and clubbers alike as it has grown into the worldwide success it is awarded today. Acquiring the rarely achieved accolade of 50 revered releases Advanced have provided a considerable flow of standout music, presenting the likes of aforementioned Ben Long, Jamie Bissmire, Marcelo K2, Jim Masters, Celtec Twins, Ulex and Dare & Haste, and now back to redevelop their position, directing the scene with the same industrial precision their trademark sound is best known.