Perfectly timed for Christmas, here’s an essential gift for the serious music heads amongst us, and an ideal addition to all Disco and House DJ collections. Boutique UK audio manufacturer, MasterSounds, has unveiled a new addition to its line of custom turntable weights. Designed in collaboration with iconic golden-era New York clubbing institution, the Paradise Garage, and its long-standing charity partner, the Gay Men’s Health Crisis (GMHC) this product not only continues to remind us of an iconic club but also an inherent foundation we should all support.

Hugely popular for a decade from the late 1970s, the Paradise Garage is credited for influencing the development of modern dance clubs, placing the DJ at the centre of the venue, and focusing on dancing rather than verbal interaction. With resident DJ and leading experimental producer, Larry Levan, at the helm, the venue has left a legacy that is truly unique in clubbing history.

“We are immensely proud to not only be associated with such an iconic clubbing institution as the Paradise Garage but also be endorsing an incredibly worthy cause in the GMHC,” comments MasterSounds’ founder, Ryan Shaw.

The new edition is limited to a release of 100 units for the world, and a donation from every purchase will go directly to supporting the GMHC charity. 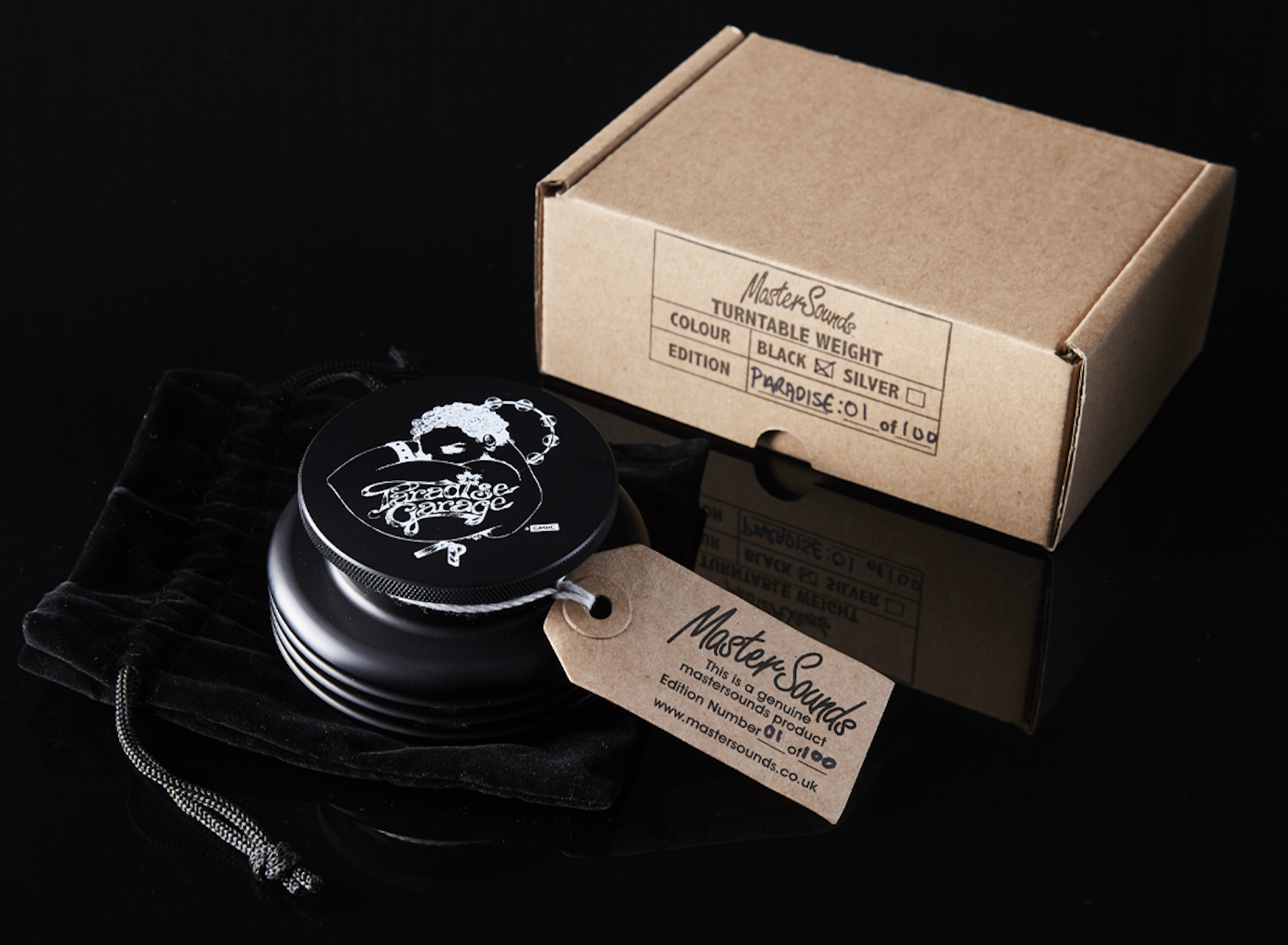 Pressing plants try to achieve quality control on every record made, however there are intrinsic issues such as dished and warped records. MasterSounds turntable weights help to combat this too. DJs love this, as it aids cueing a problematic a record prior to mixing and eliminates needle skip.

“We have also developed an anti-slip base for our turntable weights, and thus each turntable weight has been designed to grip the record, which is fantastic for DJ’ing as it really stabilises records in the mix. I always ask DJs to use my turntable weights for a couple of weeks then remove to realise what a difference they make. Our turntable weights can be used with 12” and 7” records, plus 45’s with the addition of a dink,” adds Shaw.

The Paradise Garage turntable weights are priced at £50.00 each inc. VAT.