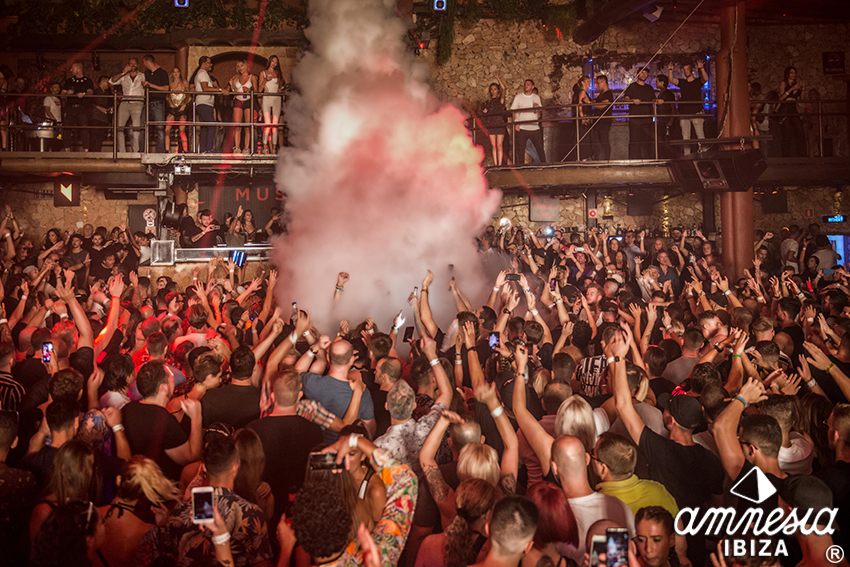 The queue which snaked round the venue just as we got there before 1am only proved that MusicOn continues to be the weekend favourite techno night amongst Ibiza clubbers. The famed rave which is going strong for the seventh season was already in full swing and ready for the excited crowds.We decided to visit the Club Room first. Behind the decks, COCODRILLS started the night off appropriately spreading some Miami vibes across the dancefloor. With their first ever appeareance on Ibiza, the duo provided a cutting-edge mix that brought an energetic feel to the crowd. 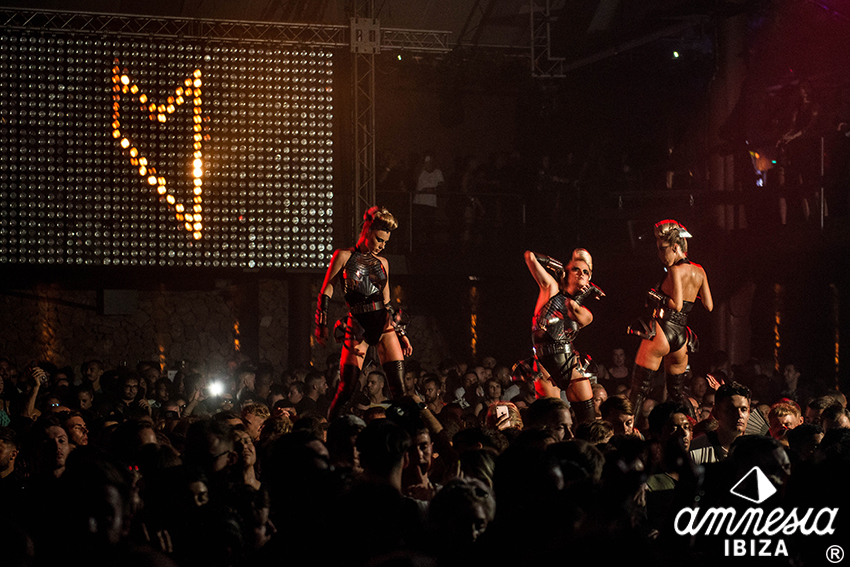 It was nearly 2am when we moved to the Terrace, where the dancefloor was heating up. With his 3rd year of residency at MusicOn, Marco Faraone knew perfectly how to take the crowd bringing some of the classic tribal techno flavour out in full force. Dedicated to a full night of dancing, people were arriving early and the club had already an established crowd by 2am. Named by Mixmag one of the Italian most exciting young prospects, Faraone provided heavy tech with solid bass filled drops driven by suspense filled builds.
The lasers were scanning the dancefloor, with CO2 cannons released once in a while with a bass drop. 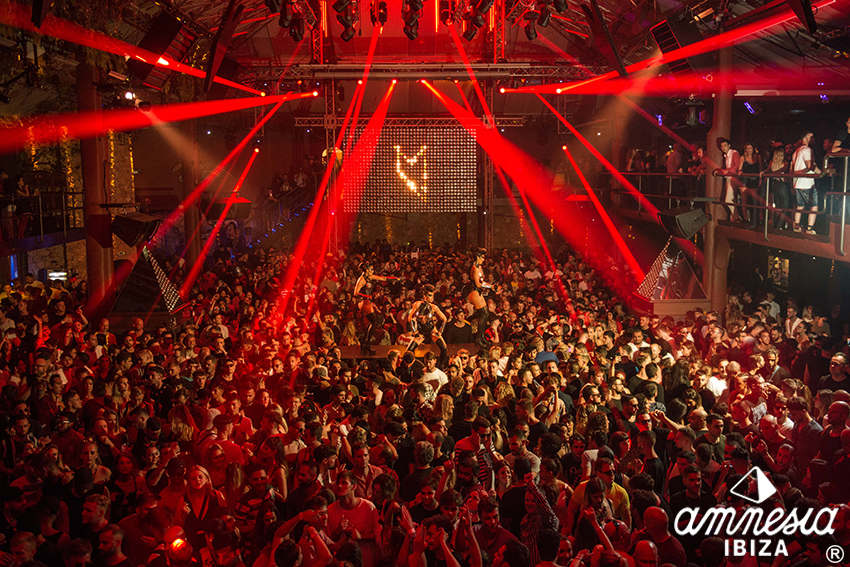 Meanwhile in the Club Room, Hector knew how to seize the dancefloor filling the room with the deep techno beats. Next, heavy bass and distinctive electrionic sound had many dancing to the powerful tunes being played by Marko Nastic behind the decks. 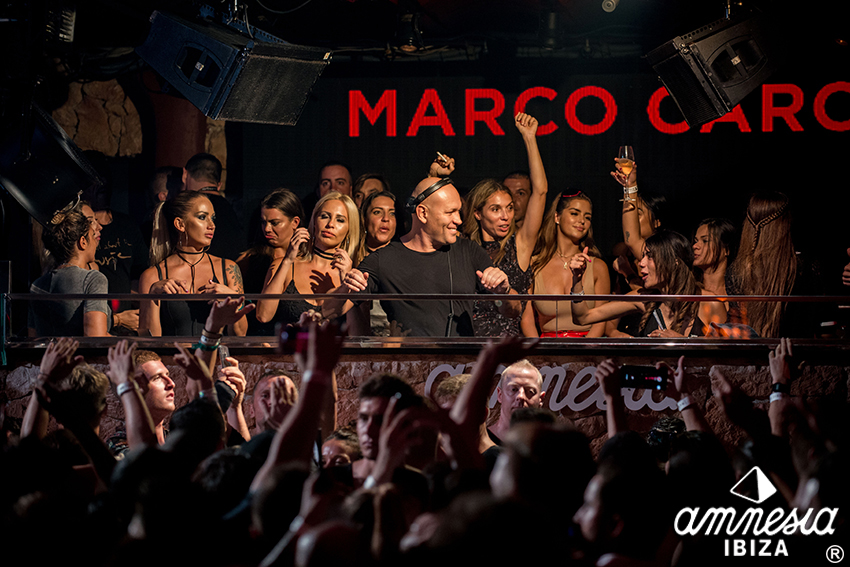 Moving back to the Terrace, the tension could be felt every minute getting closer to the performance of the global ambassador of techno. The atmosphere went through the roof as Carola launched into a deep tech set and the crowd flocked to get as close to the action as possible. The Italian would disengage the ravers by dropping the volume right down, before shooting it back up, sending the dance-floor into fits of chaos. The atmosphere was already in full swing with the dancers on the stage in the middle of the Terrace, in their deep black costumes moving to the beat of Carola’s sound. With the usual extraordinance Carola captivated and hypnotized the crowd. The techno feast continued with the ravers occupying the dance-floor until 7AM in the morning. 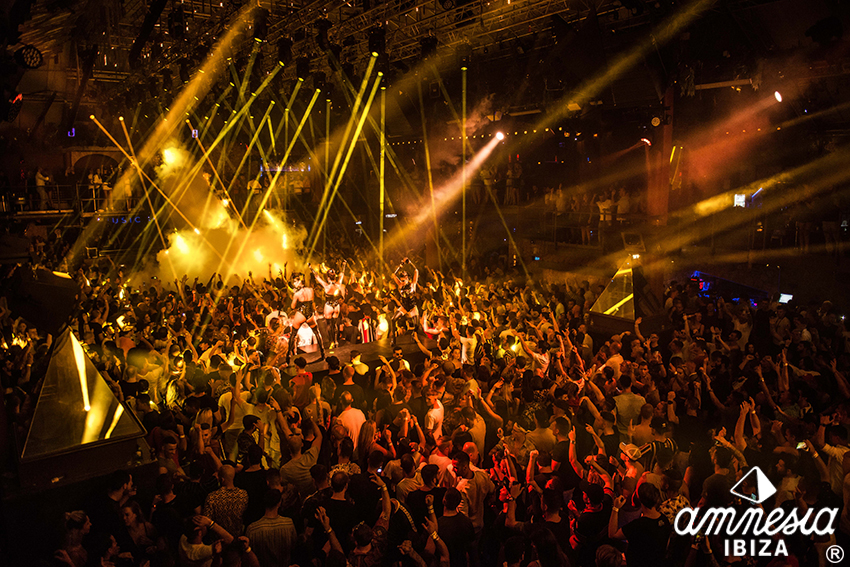 MusicOn was a pure techno experience to remember and we can confirm its solid reputation as the best techno night on the island. It takes just one party to get you hooked up on Music On for good and now we can’t wait for the next one!

If you are on the island this weekend, don’t miss out tonight’s techno session.
Check out the special line-up for 21st September MusicOn here.