Rolling with our current series of quick-fire questions, we set to uncover more unique and cutting edge talent. Here we have another UK player that’s  starting to create some major waves in the underground House scene. If you don’t already recognise the name, then get to know … you’re probably already dancing to his tunes!

Introduce yourself in one paragraph

I am an Austrian/Bengali Electronic Music Producer who grew up in Vienna and now resides in London. I attempt to make feel good music that you can listen to at home, on the bus and at the club. I’m also relatively tall. 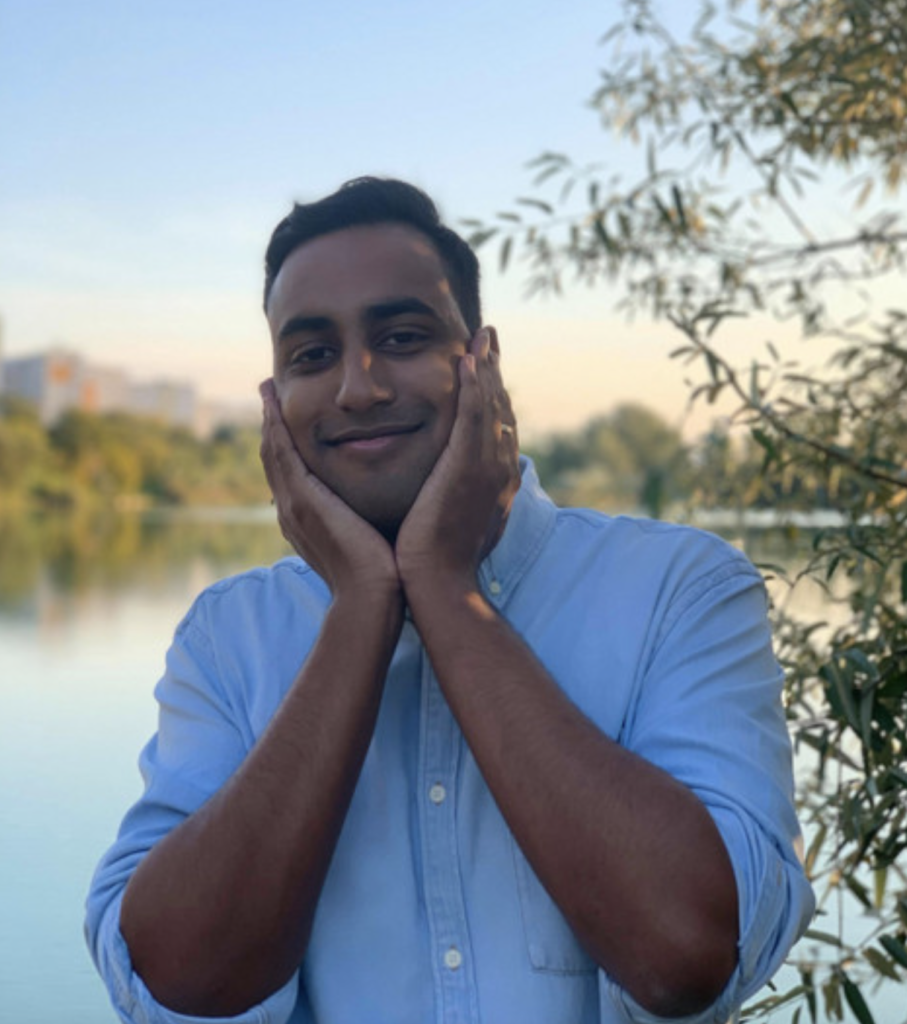 I’ve always been connected to music, with my first memories being listening to whatever my brother put on the radio on our way to school. With electronic music, it is quite a weird story. I was playing an online game when I was 12/13 and some dude came up to me in the game and told me to listen to ‘Blood Sugar’ by Pendulum. Since then, I was hooked to the electronic sounds, which eventually led to this obsession.

What kickstarted your DJ career?

I’m not sure if I would say this kickstarted my career, but it definitely was the start of something special. At university, we had these god-awful parties twice a term where we’d all dress up and listen to cheesy noughties tunes…like a school disco. After a while a friend and I got tired of it, so we decided to learn how to DJ. We had our debut gig there on VirtualDJ, and after a while my curiosity hit me, and I learnt how to DJ properly!

Tell us a more about your industry roles and how it’s led you to now?

I am in the industry as a creative and have been consistently working on music and releasing since 2017. After consistent development, I eventually got picked up by the boys at Eton Messy, and have been working with them since then.

You feature on multiple labels and your tracks are always well produced. Any words you would share to encourage other artists wanting to grow?

I mean I don’t think I am in the position yet to dish out advice, I am still growing myself! However, I would definitely say consistency and persistence is everything. There is this cliché in music where people will only write when they are inspired. Yes, that is definitely important, but at the end of the day, it is a skill. The more you chip away at it, the better your inspiration will get, if that makes any sense.

What connects you to Eton Messy Records and how did the relationship begin?

I used to listen to their YouTube channel back in school in 2014, and once I started releasing music, I decided to send them a demo. I believe it was the spring of 2019 when I sent them my first batch of demos. Charlie responded saying that I have great potential, so our relationship began with me sending them songs constantly as I finished them and getting their valuable feedback. Eventually, they released my song ‘Footsteps’ in their ADE Sampler, and that led to a string of solo releases, which brings us to today! Charlie and Ed have been instrumental to my development and are extremely supportive, I am glad to be a part of the EM family!

Networking, consistency, character, polite approach… what and how do you initiate your relationships?

The way I initiative relationships in the music industry is the way I would do it in any facet of my life: politeness and a genuine interest in the other party involved. Meeting someone for the purpose of promoting yourself and shoving your music in their face will get you nowhere. I definitely want to create a mutual relationship with the person where we feed off each other!

Is there anyone in specific you’d like to thank that’s helped you evolve and how?

Do you know what it’s like to live with someone who blasts music until the break of dawn? My girlfriend does! She has been extremely supportive since day 1, always putting up with me. My friends back in Vienna and here in the UK are incredible, but I think that’s because they want to see my succeed so they can go on tour with me! Charlie and Ed from Eton Messy have always been such a big part of my development!

Name 5 labels that have ignited your sets?

This is difficult, there are way too many good labels out there. Is it biased to say Eton Messy? Of course not, because they release some of the best music around! Toy Tonics is incredible too, so many smooth bangers. Anjunadeep is always good for those enveloping sounds. Shall Not Fade is up there, I feel their music is just that perfect blend between the old and new. Finally, Bonobo’s new label Outlier just releases the most beautiful songs. It is relatively new, but every single song connected to that label is just so special.

What’s your favourite piece of kit in the DJ booth?

My USB that contains the freshest songs in modern dance music!

Your favourite club or festival and why?

This is such a difficult question, there are so many good clubs in London. Jazz Café in Camden is definitely my favourite. I have had nothing but good memories there. I took my university friends there once and they could not get enough of it! London is definitely the epicentre of electronic music for me, there is just so much diversity and innovation. I should perhaps give Berlin more of a chance though, I’ve had one night there and it was incredible…

Favourite clubbing memory and who did it involve?

Anjunadeep 11 release party at Steelyard. I went with two friends and it was like nothing I’ve ever experienced. Soulful music, stimulating visuals, good vibes…what more can you want!? We even spoke to Jody Wisternoff after his set. I’m not sure if I was in the best state for that.

‘I’m bored of this; I’m going for a Twix’ – Peter Mannion

Printworks! For two reasons, actually. Firstly, it is just a behemoth of a venue with some of the most iconic performances in electronic music. Secondly, funnily enough, I have never been there so I’d like any excuse to go.

Music is….. a reminder that everything can be okay, even if it is just for that one club night.

Bonobo – Know You. It just reminds of the summer before moving to London where I just made music and hung out with friends. I also saw Bonobo around that time and the band finished their live set with this song.

Name drop your current favourite tunes, artists or DJs (past or present)

Logic1000 is doing some incredible things right now. Every new song she puts out goes straight into my basket! ‘Like My Way’ is my current favourite.

Moodyman always has a special place in my heart, just such a perfect combination between groove and soul. Same goes for Detroit Swindle and Bonobo, both of which have been big influences of mine. My fellow Eton Messy colleagues Mona Vale are extremely talented (but so is everyone in the label of course!). They don’t know this, but I have absolutely rinsed their remix of Shiloh by Julia Church.

What was your first music related opportunity and how did it fuel your fire?

When I first started making music (let’s forget my music from those days), I won a competition in Vienna and that led me to perform at quite an impressive club called Pratersauna. This was the first time people who I didn’t know were listening to my set, and although there were like 15 people on the dancefloor, it was addictive and I knew I wanted to carry on with it.

Give us a personal positive that has come from recent lockdowns?

I think the same goes for a lot of bedroom producers – I have made some of the best music I have ever made. Just sitting there and working on my craft has been such a joy and I definitely feel like I have improved a lot since last year.

I have a lot of exciting releases planned and am constantly gunning to get as much music out there as possible. In the second half of the year, I am hoping to finally showcase some of music in clubs! 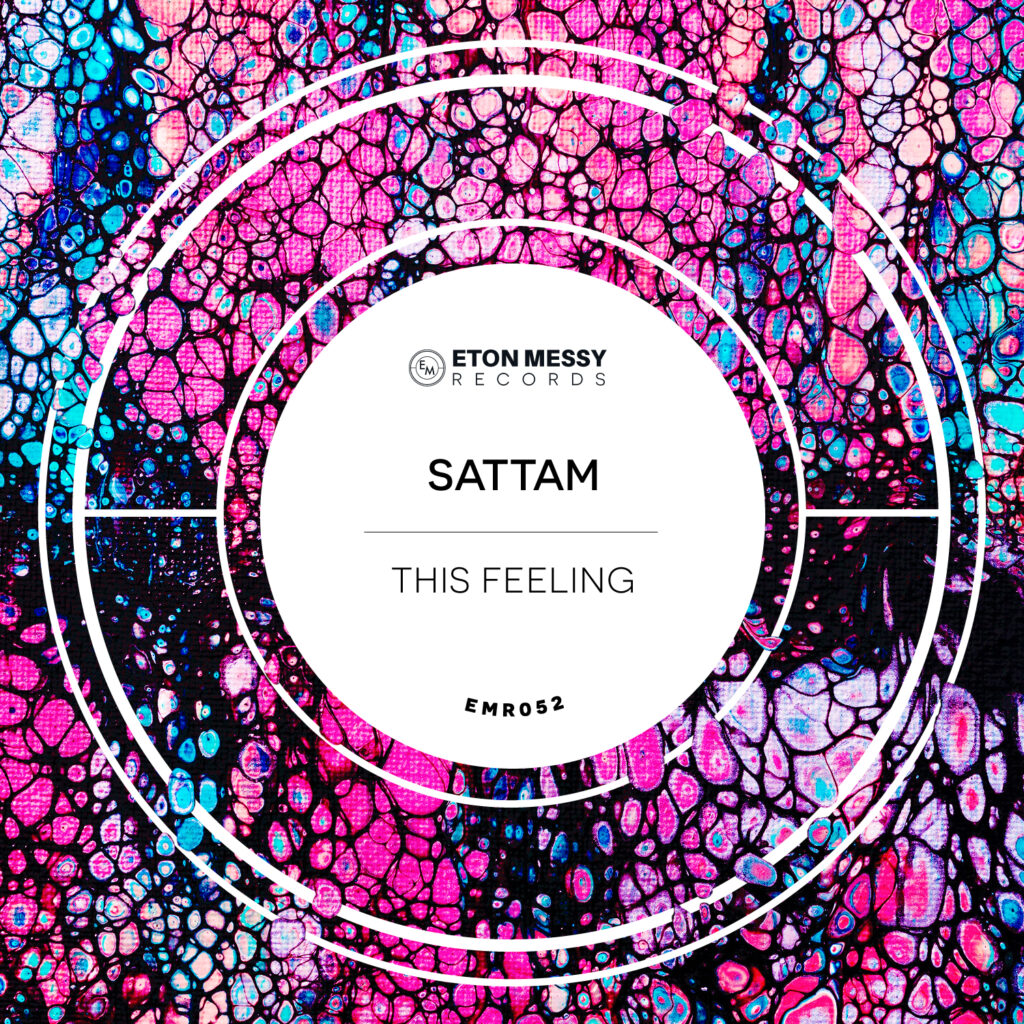