We caught up with Scott Jenkins (or Scottie as most people know him), to talk about his latest single, what inspires his signature sound, and the future of electronic music…

Making his way to the top with a raw and unique sound of soulful, funk-filled House is Worcester-based DJ/ Producer BoomClap, one half of The BoomClap Collective. With nearly 30 years behind the decks, he was there to witness the early days of House and have well and truly carved out a niche of his own. 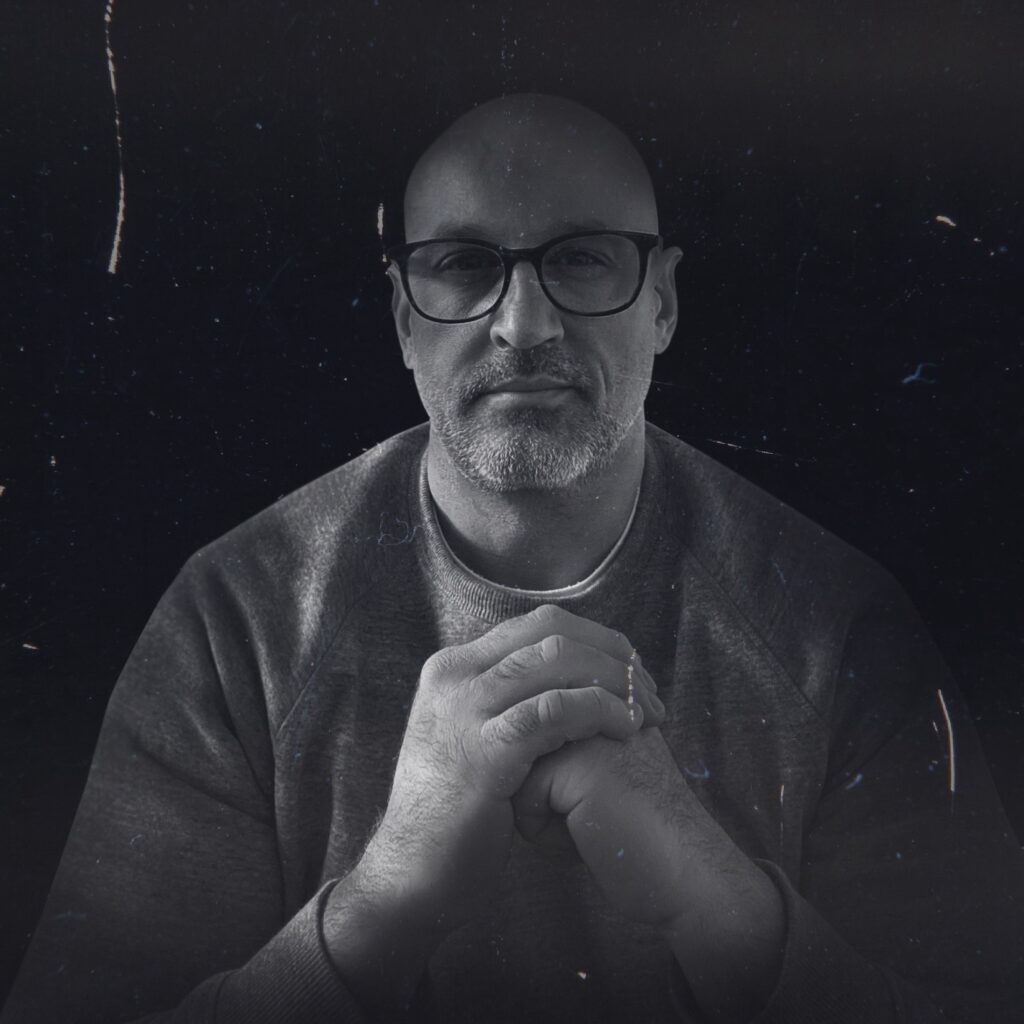 Hi Scott, before we start we would like to say welcome to the EM family and thank you for your time! Let’s begin at the start, can you tell us how you started to DJ and produce and how the idea for BoomClap was born?

Hi. Firstly, thank you for having me onboard. Believe me, I didn’t think I’d be ever releasing music again! So, my love affair with music, in particular soul music, started very young. My parents were big Motown heads and my parents could often start dancing together at home (and still do now in their 70s!). My dad is also a MASSIVE Marvin Gaye fan and he would stick that on loud on Sunday morning while he did his admin and paperwork for his business. Fast forward to 1990, I left school and started clubbing. We would travel all over to clubs and saw many big acts in tiny low ceiling rooms with probably no more than 100 people in there. At Uni in 1992 I started listening to jazz funk and house. I started hanging with some guys who threw their own parties, put on coaches to clubs out of town, and DJ’d themselves.

All disco, funk, jazz funk, breaks etc. My good friend who was one of the crew, Jonboy, lent me his records one day and I played at a pub and become hooked. I started collecting and getting my own gigs. One day I got a copy of Mixmag and there was a supplement with it on how to beat mix. I borrowed some 1210s and taught myself. I learnt to mix using the pitch controller not the more popular record nudging method. It’s a style I still use to this day. Alongside Jonboy we got a regular gig and the infamous Naughty But Nice in Hereford and often smashed the roof off the backroom. Once, they closed our room early because it was a better vibe and busier than the main room!

Fast forwarding again to 2011 (and there’s a lot of stories I’m missing out here), I started producing for fun. I sent a track over to Tony Lebron and he got me onboard and I put out a few tracks with him. I’ll always be eternally grateful to Tony for that, especially as he bought me a Laptop to produce on when mine decided to die. I was out of work at the time and he allowed me to continue to make music.

Can you tell us some of your early influences and musical heroes?

As I mentioned above, I love my soul. I do have an eclectic taste but when it comes to house music I guess I’m a purest. I like the true house sound. For me the golden era was the 90’s, I’ve many fond memories and music was sublime. The approach to clubbing and the crowds were superb. It’s not the same anymore (well, before COVID that is). I’ve always been heavily influenced by the house pioneers, especially Louie & Kenny (MAW), Kerri Chandler, Ron Trent people like that. As a DJ, I was heavily influenced by Paul Trouble Anderson (god rest his soul). I still play like he did, dropping disco into house. I guess most of us do it right now but he was one of the first I saw doing it live.

How would you describe the sound of The BoomClap?

For me BoomClap is all about keeping those memories that made me who I am alive. So, the sound is very much from the golden era of the mid 90’s. I also use live musicians in my production, shouts out to Yiv over in Mexico who is a phenomenal keys player, Arasoul who has recorded an amazing flute accompaniment for a forth coming track and also Andy Sax who in my opinion is one of the best Sax players you can hear live in a club.

We heard that you were a “crate digger” long before you started DJing, could you tell us more about your collections and if you could choose just one, which one would it be?

Jeez, at one point I had a huge collection. Jazz, funk, disco, hip hop, house. I sold most of it though when clubs switched to CDs. I got tired lugging it around. If I’m honest, I don’t like I miss them. I have them all digitally now. I know there are many out there who will say vinyl is best, maybe it is, but I doubt 99.9% of a crowded dancefloor will care now. Plus I do not miss trying to edge through a packed club with bags and crates of music. But in answer to your question, the one track that never left my back and featured in every set I played back then was “Dancing In Outerspace by Atmosfear”. Man, what a tune!!

What is your opinion regarding the difference between the early sounds of House music, how the genre has evolved and its current iterations?

Back then, there was just house. There was no distinction. I got one of those framed blue print of house music pieces of art and its quite breath-taking when you see it. There have been so many off-shoots of the genre. I’ll be honest, I’m not a fan of techno and especially EDM. Doesn’t mean it’s bad, I just don’t like it. Music is personal preference, and I have the opinion that no one can tell me that what I produce is bad or good. As long as I am happy with it then that’s all that counts. I’m also an artist so I have the same mindset with my art. 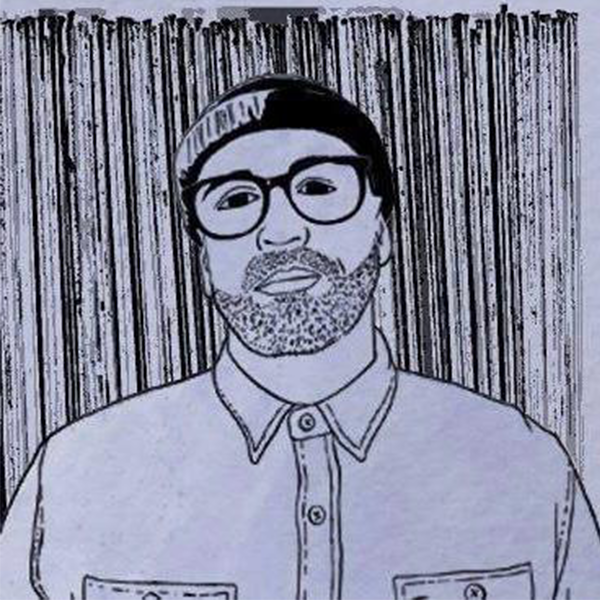 We are honoured on your EM debut ‘The Stranger’ – a unique vocal sample over an infectious House beat, what came to your mind for this mix?

It’s a bit naughty isn’t it. Actually its full-on pornographic! The idea came from a friend who told me this girl had messaged him on Facebook one morning and she ended up coming over that day and that was it. Never heard form her again. He felt a bit put out by that but I thought it was amazing how she was empowered to know what she wanted, she seized the day. And that’s always been my approach to life, “live in the moment” because while it’s tempting to play it safe, the more we’re willing to risk, the more alive we are. In the end, what we regret most are the chances we never took.

Any upcoming singles we could be expecting? If so, can you give anything away for the fans who are impatiently waiting?

I’ve been pretty busy, with several tracks in production, three of which are 90% completed so will be out soon I hope. All of them feature live musicians and I can’t wait for you all to hear them.

How have the ongoing challenges of the Covid-19 pandemic affected your work as a DJ and producer. What do you think of the upsurge in live streams? Has it changed your approach to how you plan your next shows / music releases?

Always been a passion not a vocation for me. I have a very successful day-job and I’m extremely lucky that it’s still thriving despite the pandemic. I think the dance music scene has been in a place for a long time now that I haven’t particularly liked. Personally, I don’t think any dance music DJ or producer, of any sub-genre, has the right to be active in this industry if they don’t understand and taken the time to get to know the history of the music. I get sad about that.

Nowadays it seems like it’s about a logo, looking good and playing throw-away music that’s made in five minutes and forgotten in five minutes. A friend of mine recently was interviewed on a self-proclaimed “house heads” podcast and he mentioned DJ Spen. The interviewer hadn’t heard of him. I mean come on, that’s just crazy isn’t it. That’s why I’ve loved watching the True House Stories video podcasts being done by Lenny Fontana right now. Check them out on YouTube. He’s documenting stories that need to be heard.

Can we hope for any live performances from you this year? Can you share any upcoming plans with us?

I run a neat event here in Worcester with Jay Newman called “It’s Just A Disco”. We also have the “Worcester Disco Festival”. As soon as we get the “OK” from Boris then we will get dates out for those. Other than that I have an open diary. I have always picked and chosen my gigs. I don’t do it a lot anymore, but for the right event with the right crowd I’m there! Call me!

We saw that you are involved in a new radio show, Adventures in Sound on Locked-In Radio. Can you tell us more about that?

During the first Lockdown here in the UK I did a regular Friday night show called “Lockdown Boogie”. It was pretty well received, and when I heard Locked In Radio wanted more shows I suggested I come onboard. My show is streets apart from the others you heard on there, but that’s a good thing. Diversity. It’s a real crate digging show, playing experimental hip hop, jazz, disco, funk and of course house, (old and new).

Can you share five of your go-to lockdown sounds?

Who would you like to collaborate on a track with, and why?

Quick bonus question: If you could pick one person to remix one of your tracks, who would that person be and why?

Jovonn. His beats are heavy!

Finally, is there anything you want to say to your fans and supporters?

I’m not sure I have “fans” unless you count my mum!! But those who have supported me, particularly my wife (who lets me just get on with it) then none of this would have been possible without you.

Listen Up & Support The Sound Of Boomclap: Latest Release 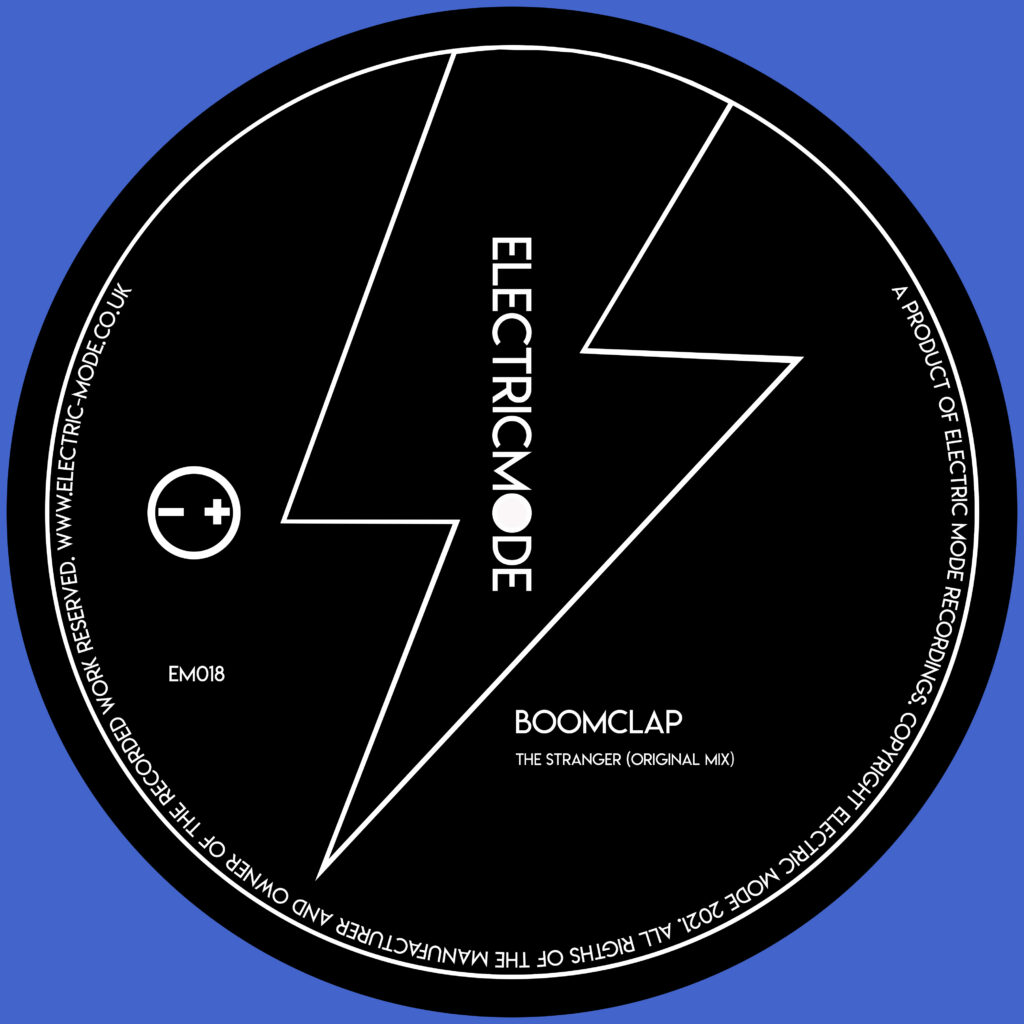 UK’s Electric Mode welcome Boomclap to the roster. Landing with an iconic House mix, this track echoes the authentic sound of the legendary heroes that build the scene.

Expect straight up US vibes, with a raw edge that reminds us of the New York and Chicago scenes in parallel. Complete with a sultry edge, this late night groover is already a firm favourite of the House fraternity. Expect some sleazy undertones as the vocal weaves its way out of the system, and watch some wry smiles as it liberates your audience.

One word for this… HEAVY!

The Stranger has been kicking it hard on the scene for some time, so House heavyweights Soul Central step in to present a classic mix that hails straight back to the glory days of House headed up by Frankie Knuckles, Tony Humphries, David Morales and obviously Masters At Work. If you missed out on the infamous clubs, then this track transports you right back to real House and custom made sound systems.

Expect an energy from this UK duo that represents the best of British scene merged with an influence of labels like Nervous, Strictly Rhythm, Twisted and a touch of Trax. Taking the main hook and turning in a modernist rework that transcends time and also further lifts this tune to global appeal. Jump on it fast, it’s gonna fly.