Keith Flint, vocalist with The Prodigy, has died at the age of 49, after being found at his home in Essex on Monday.

The Prodigy released a statement confirming the news, saying: “It is with deepest shock and sadness that we can confirm the death of our brother and best friend Keith Flint. A true pioneer, innovator and legend. He will be forever missed. We thank you for respecting the privacy of all concerned at this time.” 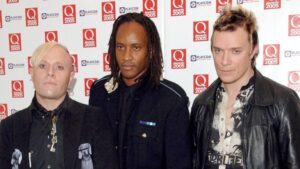 Flint became one of the UK’s most iconic musical figures in the 1990s and was most famous for his vocals and performances on No 1 tracks “Fire Starter” and “Breath”. He achieved an impressive seven No 1 studio albums with The Prodigy, the most recent being No Tourists, released only three months ago. The group had also recently announced a 2019 tour of festivals in Europe and South America.

“The news is true, I can’t believe I’m saying this but our brother Keith took his own life over the weekend, I’m shell shocked, fuckin angry, confused and heart broken ….. r.i.p brother Liam”.

Tributes came pouring in as soon as the news of Flint’s death broke, with electronic duo Chase and Status writing: “We wouldn’t be here if it wasn’t for Keith and the life changing music they made and championed.” and British radio presenter Jo Whiley wrote: “Whenever our paths crossed he was an absolute sweetheart. Really lovely. Incredible iconic frontman with a soft centre.”
For more information on Keith Flint and The Prodigy follow:
https://theprodigy.com
https://www.instagram.com/theprodigyofficial/
Keith Flint Punk The Prodigy
Share. Twitter Facebook Google+ Pinterest LinkedIn Tumblr Email
Previous ArticleHoughton Festival: The Celebration Of Music And Arts Returns In 2019
Next Article Cocoon Has Announced Their 20th Anniversary Event In Ibiza