The latest cut from ZON’ 弄 the Taiwanese independent Artist, Vocalist and Song Writer has just landed. Extending her creativity, where she is also a Tattoo artist her creativity knows no bounds.  Further showcasing her audio dexterity, here we have a tune that’s already engaging crowds worldwide.

Through music she clearly sets to transfer a message, communicating and promoting the active discussion of social phenomena in the world and the spiritual realm. Taking the sonic beats rolling beneath the well delivered vocal, this tune is instantly shaking systems from  second it’s dropped. 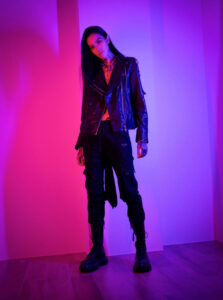 Emerging onto the scene with a fresh release and persona, ‘Snake’ is the debut single from new Electronic pop project Zon’. Filled with intense electronic textures, ‘Snake’ is industrial and almost tribal in its sound. ‘Snake’ is a collaboration with Taiwanese DJ Dusa, who brought the Dubstep elements to the track. Zon’ says that the track is about the most human of all feelings; desire. This debut single is sure to have a massive impact, and we can’t wait to see what comes next!

New artist Zon is no stranger to the music industry. Previously playing in a metal band for two years,Taiwanese artist Zon’ fuses together elements from Trap, EDM, Pop and Scream to create a brand new flavour of Electronic music. Since leaving the metal band, Zon’ has had her own art studio, doing tattoos, painting and photography, as well as taking time to develop new musical endeavours. ‘Snake’ is the debut release from this brand new project. With more releases in the pipeline, Zon’ is testing the waters with the powerful debut single ‘Snake’. 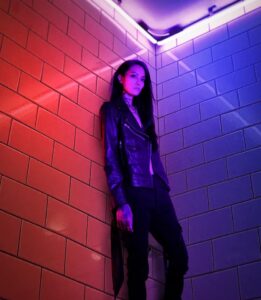