Electric Mode always loves to showcase new talent. Albeit a Pop inspired piece, Bethan Wyn is a talented UK-based singer, songwriter, and multi-instrumentalist working on a myriad of new music. Following her recent performance on BBC ‘I Can See Your Voice’ her new single ‘Get To Know You’ has been released and gaining traction on all the main Spotify playlists already. If you delve deeper into this artist you will find she collaborated with Soul Central on a classic Disco rework they delivered for Australia’s Vicious Recordings, and also a feature vocalist on the forthcoming Snorkie ‘Be This Way’ release that upholds hints of festival favourites Crazy P.

Originally from Solihull, her talent has already been showcased nationally and is rapidly growing with an inspiring international interest. Bethan’s performances deliver on multiple levels, actively engaging with distinctive lyrics and a captivating tone. Consistently sharing a personalised approach with an emotive edge, Bethan Wyn has been likened to a selection of leading female artists, navigating without restraint and an abundance of character. Openly inviting the listener into the experience, the industry is already poised for her breakthrough single, and ensuing releases throughout the year that will impact with a wave of emotion. 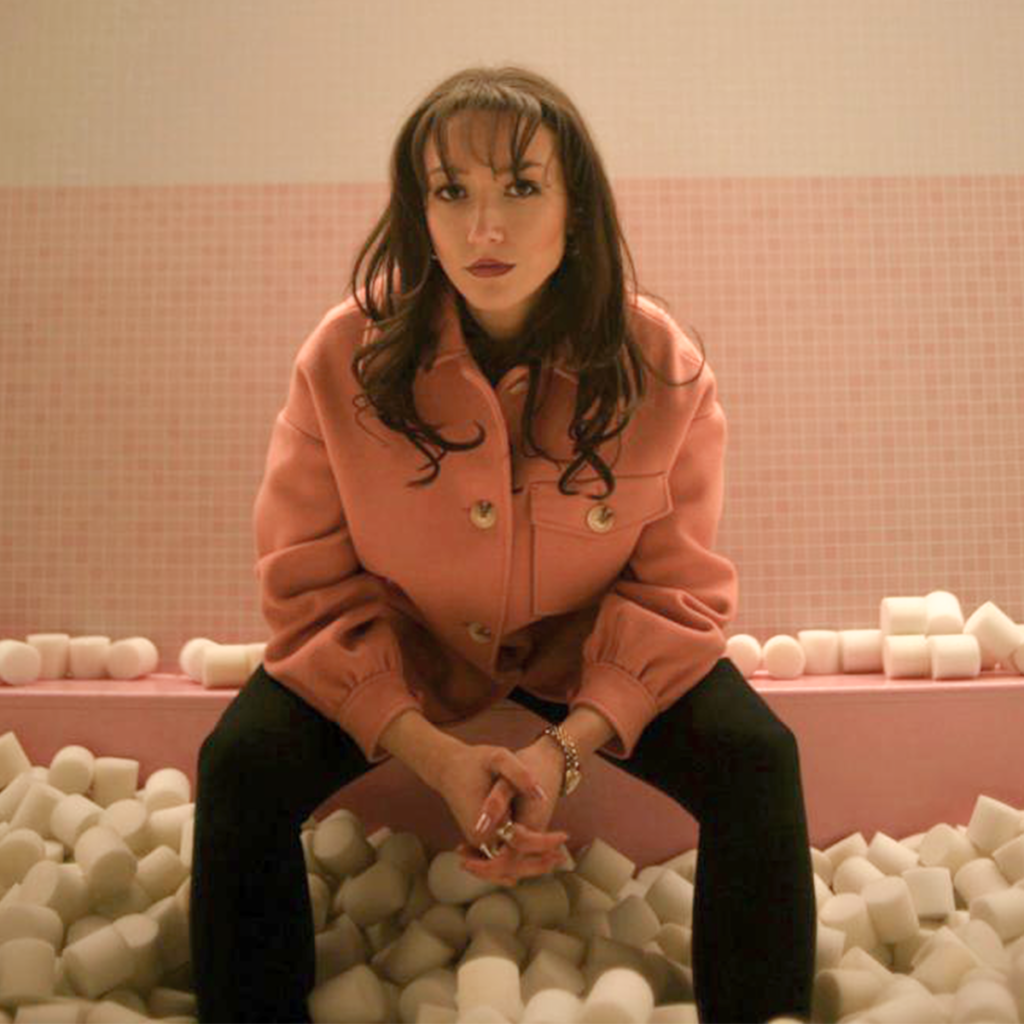 Classically trained but raised on vinyl, her persona exudes authentic integrity often lost in today’s broad musical landscape. With a love of old-school Blues, Soul, and Jazz the influences openly flow throughout her shows and recordings. Aiming to share a contemporary twist on classic melodies, the versatility of Bethan’s vocals consistently shines through. Growing from her theatrical roots, and taking in her connection to the electronic music scene, she has harboured praise throughout her career as an adaptable chameleon with a consistent approach.

Recently we have witnessed the culmination of Bethan’s unique musical compass, perfecting her self acclaimed ‘Boujee Sound’. With the forthcoming debut single ‘Get To Know You’ you will be treated to a familiar yet refreshing vibe that emanates pure personality. The release upholds a versatile production that actively transcends genres with adept, hypnotic, and mellow set vocals, cohesively connected with an accessible commercial edge. Positioned in a class that’s comparative to icons such as Stevie Nicks, Sade, and Kate Bush, with a touch of electronic, and provocative undertones. we expect major things for this artist.

Getting To Know Bethan

Introduce yourself in one paragraph: Either a little bundle of coolness undiscovered or just completely delusional – yet to confirm.

Were you connected with music from a young age, or anyone in particular inspired you?
I’ve always been surrounded by music in some shape or form. I was put into ballet school at 2 years old, so I feel like my entire life has been underscored by an array of medleys. I really started to become infatuated with music from the past times in my teens. Whilst my friends were listening to the latest 00’s hit sensation, I was too busy getting musically drunk on Nina Simone & BB King.

What kickstarted your singing career?

I sang ‘The Sun Will Come Out Tomorrow’ from Annie on stage when I was 6 & got the bug for performing. I then developed a love for musicals but was never one of those people who’d listen to musical theatre soundtracks on repeat. I adored the live element to theatre, both from a performance point of you and experiencing it from an audience’s perspective. I got lessons during school, went to drama school when I was 19 & then I became a professional singer/actress for some time until I realised I wasn’t really being true to myself as an artist. 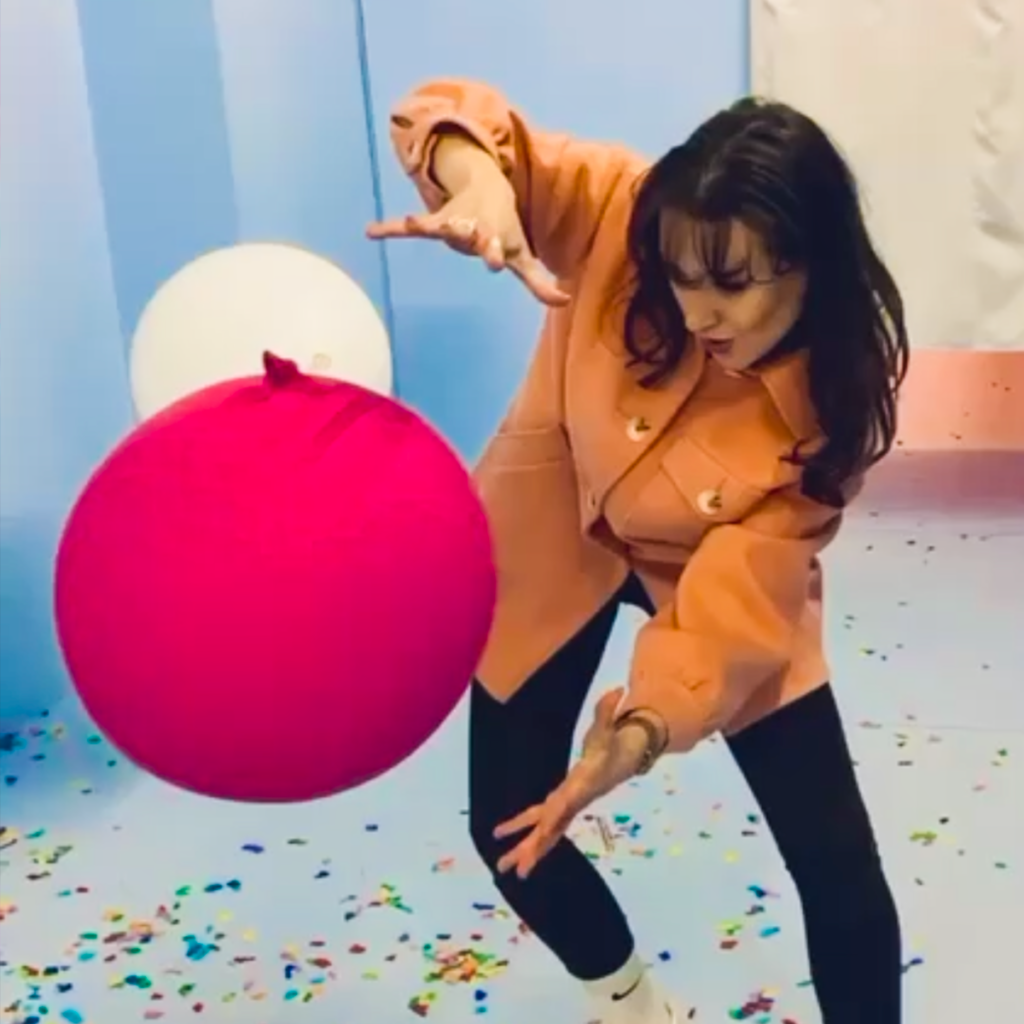 Tell us more about your industry roles and how it’s led you to now?
I’ve dabbled in theatre and been fortunate enough to work in various UK productions & overseas. I’ve loved it all and will always appreciate any opportunity presented to me but the older I got, the more I felt I was trying too hard to reach this level of expectation. I will always admire Musical Theatre performers as they are some of the most versatile, skilled and adaptable singers out there. That being said, I felt/feel like I was doing a disservice to myself. I was becoming more frustrated that I couldn’t explore all these different vocal textures that I so much enjoy utilising in that particular industry. At the end of the day you’re not paid to be ‘you’ in a  role, and I felt there was this other side to me that was yearning to just sit down and create. I will always love both though.

A quick search online show’s your star’s clearly rising. Any words you would share to encourage other artists? I still feel like I don’t know enough! I think the best advice I can offer is to simply stay true to yourself. There’s only one of you. So if you try to be like someone else, you devalue yourself in the process. Be grateful for the opportunities- they’re a rarity so enjoy them! Always be kind & remember music is completely subjective. Just because one person may not like your sound, doesn’t mean the world won’t.

Networking, consistency, character, polite approach… what and how do you initiate and nurture your industry relationships? I lacked a lot of confidence starting out. I still struggle from time to time. I think you’d be slightly inhuman if you didn’t have a few insecurities unless you’re heavily narcissistic of course. It took me a while to build up the confidence to reach out to people and pick up the phone. It’s not my forte, but I think if you have a business mind it’ll give you a massive advantage in this business. I always try and remember to be kind and grateful for the opportunities. Don’t wait for them to come to you, you have to go out and find them & one day, you may get lucky but at least you know you’ve grafted for it in the process.

Is there anyone specific you’d like to thank that’s helped you evolve and how? My parents have supported my decision to pursue this and for that I will always be eternally grateful. However, it’s also so lovely to come across those generous people who go out of their way to offer kindness whether that be through positive feedback, emotional support or merely setting you up with a new connection. People want to see people succeed with their dreams, so I’ve always been super grateful to anyone who’s supported my journey along the way. 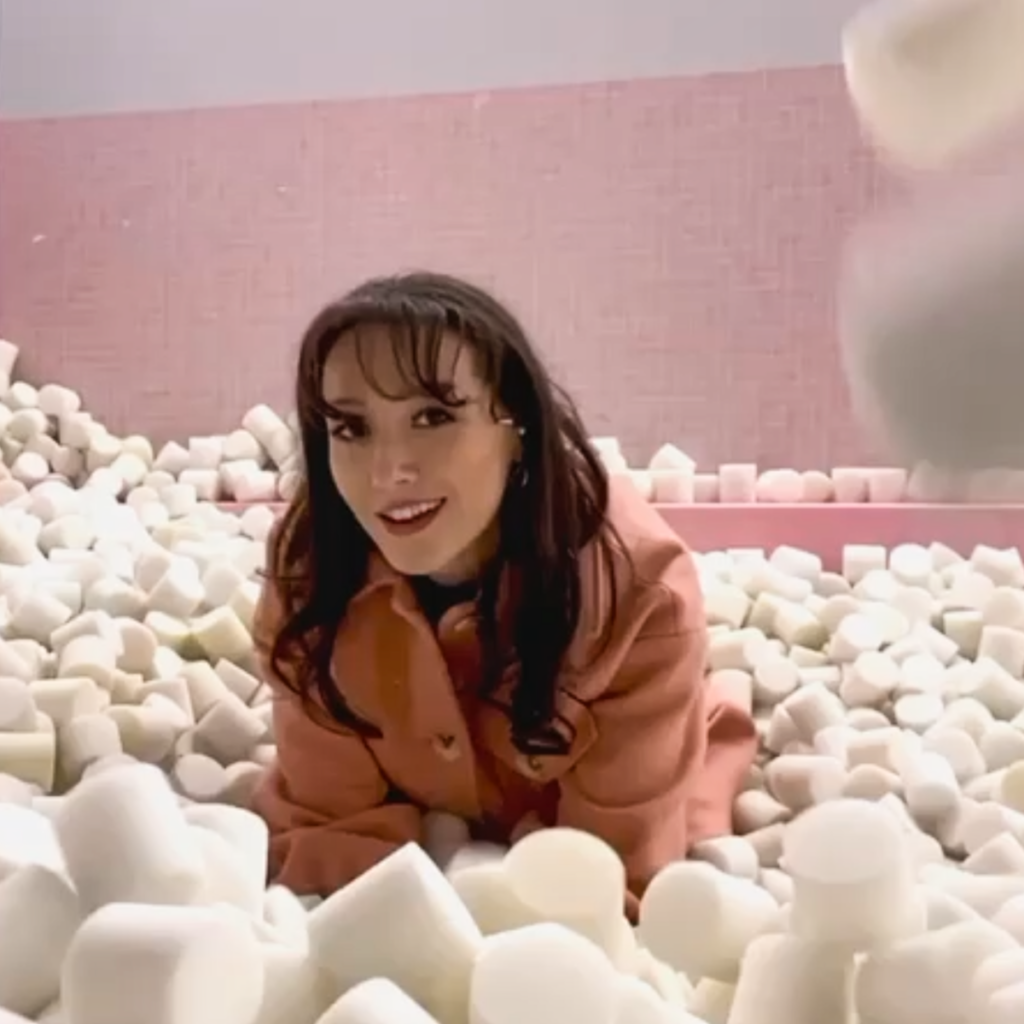 What’s your favourite piece of kit in the studio? Electric Guitar – can’t play it how i’d love to but the sound of electric riffs (from someone who can play) resonating the room really excites me! That being said, if there’s a piano sitting there, I’m immediately drawn to it and won’t leave without playing it.

Your favourite club or festival and why? Ronnie Scotts… just because it’s an entirely immersive, sexy experience! Without sounding weird, I love watching people play with passion & that’s the place to be to see it!

Favourite music memory and who did it play out? I love soundtracks/film scores. I once bought a ticket to see Titanic Live at the Royal Albert Hall. There’s something about a live orchestra that just gives me heart palpitations.

What quote represents you best? Subtle with Sass.

If you could play any venue, where would it be and why? A slot on Jools Holland would be lovely! I just love the whole concept of that show. The diversity in music it showcases. It’s just like having a jam in your bedroom & you just know that everyone there actually wants to be there because they appreciate music across all boards.

Music is….. (explain more) A language of emotion. We all relate to it, we all need it. It’s therapy and a beautiful outlet to express what words sometimes cannot say.

One song you really couldn’t live without? ‘I can’t live, if living is without you’… just kidding!  At the minute it’s Sanctify – St Paul & The Broken Bones. If I wanted to be a song – that’d be it! I promise your ears will be blessed. 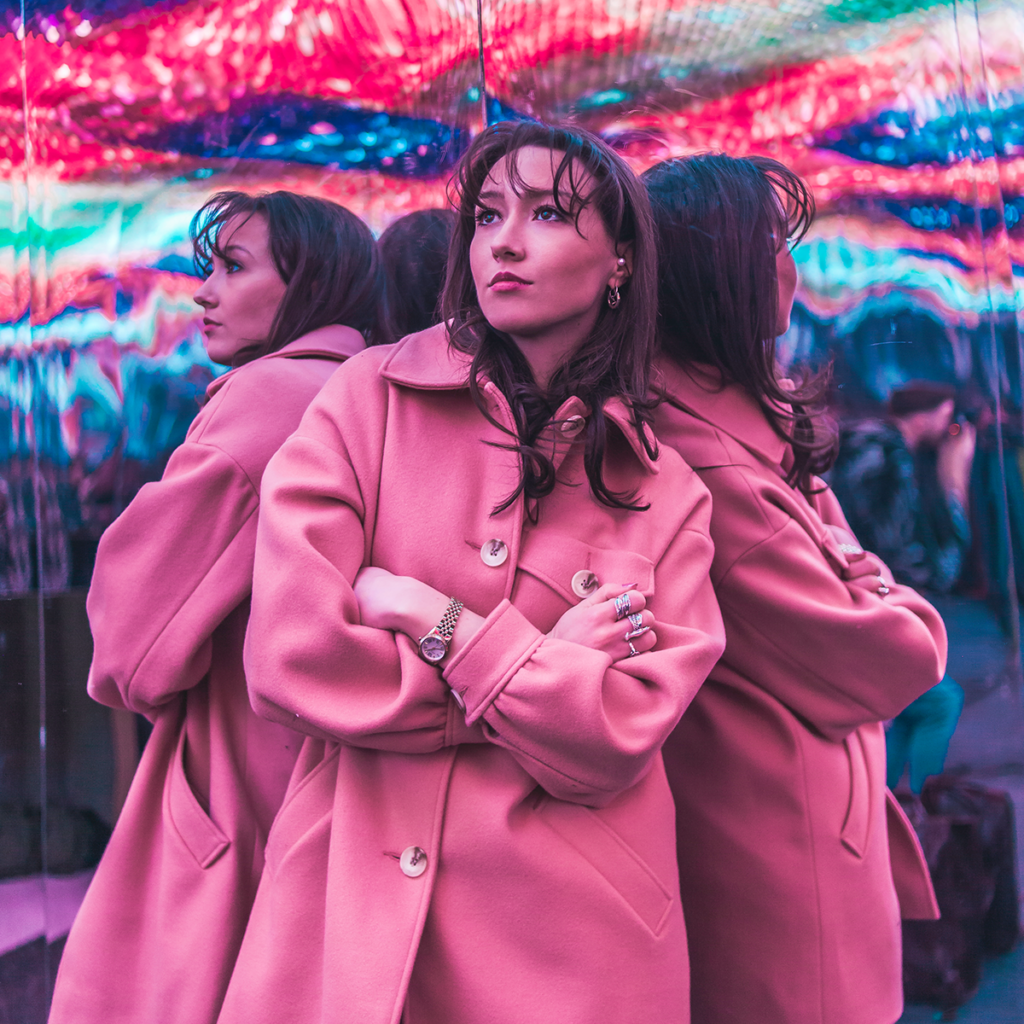 What was your first live opportunity and how did it fuel your fire? My first live performance as an artist was in London & I was doing the gigging circuit. I turned up to an open mic, feeling completely vulnerable & after some dutch courage (after a few gins) I got up and played Chris Isaak’s Wicked Game & infused it with Pink Floyds ‘Breathe’. Somehow got a positive response & I’ve been changing up covers ever since!

Give us a personal positive that has come from recent lockdowns? Aside from releasing my first ever single (which has felt like years in the making), I made an appearance in a prime time TV show in the UK! – That was pretty cool & an amazing opportunity!

Tell us more about your plans for 2021? Hopefully keep connecting with fans past & present, networking with the right people & hopefully building up some momentum with my music! It’s also a big birthday of mine… eeek! So I suppose embracing that?! 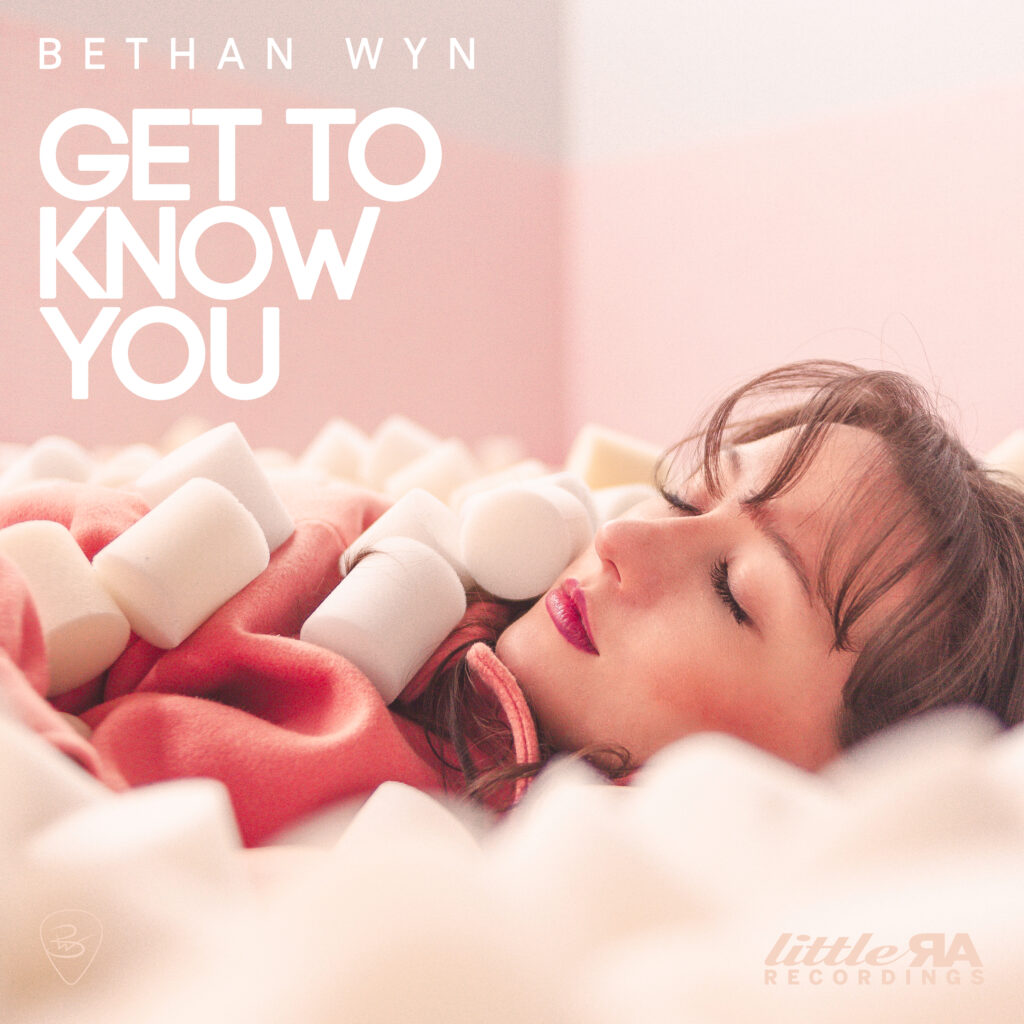 Bethan Wyn ‘Get To Know You’  OUT NOW Download | Stream