Whilst Ibiza slowly ebbs towards pilot club events in the aim to return to their trademark entertainment template, innovative brands such as underground favourites CircoLoco continue to push the envelop. Launching a label felt the ideal strategic move for the influential clubbing brand with their enviable industry connections. The forthcoming release features new cuts from Carl Craig, Luciano, Red Axes, Margaret Dygas, and Butch.

CircoLoco Records is a partnership between CircoLoco, one of the most influential brands in global club culture and Rockstar Games, creators of some of the world’s most popular and critically acclaimed video games, with a view to supporting underground dance music culture worldwide in the physical and digital worlds. Representing house and techno for over 20 years through its parties at Ibiza’s DC10 and around the world, CircoLoco’s dancefloor has become a principal intersection between underground dance music and elements of fashion, art and wider culture.

The launch of CircoLoco Records reinforces CircoLoco’s commitment to championing forward-thinking dance music artists beyond the club. CircoLoco Records will break new ground in an effort to support dance music culture and represents an opportunity to elevate the scene through the collective power of these two entertainment brands.

CircoLoco Records’ third release, Monday Dreamin’ Violet EP will be available this Friday, June 18th. The Violet EP is the third EP in a four-part series leading up to the release of the full Monday Dreamin’ album compilation on July 9th. 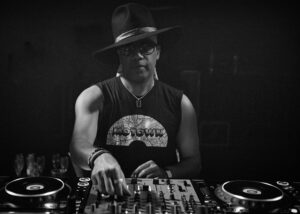 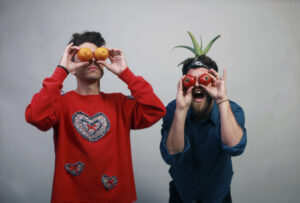 The Monday Dreamin’ Black EP, the fourth and final EP in the series, will drop June 25th ahead of the release of the full compilation.. Monday Dreamin’ represents the first project from CircoLoco Records, a partnership between acclaimed video game creator Rockstar Games and global club culture icons, CircoLoco, with the goal of fusing the physical and digital worlds of entertainment to support and elevate dance music culture worldwide. Find more information at CircoLocorecords.com. 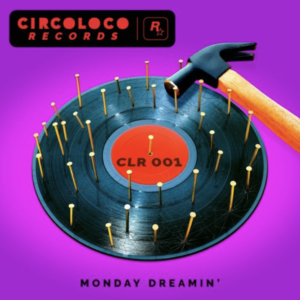 Representing house and techno for over two decades through its parties at Ibiza’s DC10 and around the world, CircoLoco’s dancefloor has become a principal intersection between underground dance music and elements of fashion, art and wider culture. From the beginning, the club’s commitment to music- focused, no-frills club nights with mixed lineups and an eye to the future supercharged the careers of many DJ’s including Tania Vulcano, Ricardo Villalobos, Jamie Jones and many more. The launch of CircoLoco Records reinforces CircoLoco’s commitment to championing forward-thinking dance music artists beyond the club.

As creators of deep, fully realized worlds, Rockstar Games helped propel interactive entertainment into the center of modern culture with the Grand Theft Auto series, one of the most successful entertainment properties of all time with over 270 million units sold-in worldwide. Rockstar Games’ reputation for supporting music and club culture spans decades through the meticulously curated radio stations of the Grand Theft Auto series and across its array of blockbuster games.