One of the strongest characters driving the scene forward is set to deliver a December launch for his latest informative podcast. Danny Savage returns with a prominent platform serving up another engaging electronic industry slice of pie that the entire scene can glean interaction, information and value from.

Known to continuously push the envelop forward Danny Savage opens up the doors ‘behind the scene’s’ and probes an initiative that sheds a far greater light on what makes the most heralded figureheads tick and without the standardised event focussed line of questioning. Let’s face it, we all love to know more about the people, DJs, producers, promoters that we respect or aspire, their history, the challenges and also their projected dreams. In the forthcoming That Danny Savage Show we have the perfect new podcast feature to promote positivity to the scene.

Currently the wider Electronic Music industry is now starting to focus on their greater combined goals a few of the governing bodies like AFEM / Association For Electronic Music, Music Minds Matter, Nordoff Robbins, Help Musicians, and independents like Drake Music, Last Night A DJ Saved My Life are all a primary example of some of the collective figureheads forging a frontline and championing charity. Many key companies are leveraging their immediate knowledge and networks to benefit the longevity of the music scene and its ongoing impact to benefit the world.

We have seen many profile ambassadors come forward, including Fatboy Slim supporting Oxfam and Young Epilepsy, Graeme Park (Hacienda legend) championing House Our Youth campaigns, Seth Troxler (climbing Mount Kilimanjaro for brain cancer) and now Danny Savage supporting LNADJ Campaigns and supporting his own industry. Danny was originally a Leeds born DJ and Promoter and has transformed to become a role model for the dance scene using his inspirational character to build confidence and enhance growth and creativity for aspiring DJs, producers and promoters by offering them an extensive list of free online resources. 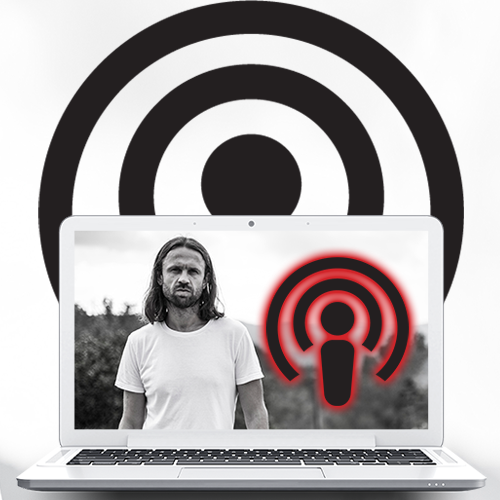 Following on from today’s new announcement and press release sent out by The Everyday Agency, Danny Savage offers up his reasoning for being so proactive and why he works so hard to help others  “I want to give back and share the knowledge and experience I’ve acquired over the years. If my networks can help build your interest, profile or excite you into helping others evolve, then my job is done.”

The electronic scene is widely known for its tight global community and resounding connection through music; hence leading titles ‘One Nation Under A Groove’ Funkadelic to ‘It’s Alright’ by Sterling Void positioned to maintain human hope and dignity in the face of overwhelming obstacles, ‘Can You Feel It’ Mr Fingers promising house music is a universal language, spoken and understood by all. That Danny Savage is firmly focussed on extending the culture and commonality of musicians, clubbers and DJs and inviting an open format discussion for the positive evolution of the musical fraternity.

Through shared social experiences entire clubs often connect on the most primitive of human levels and yet alternately transform into parallel negatives thanks to extended late hours, demanding touring schedules for performers, recreational attributes and also the dog-eat-dog competitive forces. For us, It therefore makes sense to turn the full focus and energy of this bilateral musical machine into a solid drive forward to expand larger community based projects to address growth, sustainability, health and wellbeing for those involved in the industry and anyone functioning under its multi-tiered umbrella, followed by the elements they can expand upon to assist the world and those less fortunate.

To rewind the record back promptly back to That Danny Savage Show, he will be presenting a great concept that will further assist, train and support in many aspects of the music scene, which openly addresses how people can become active ambassadors and influencers in their respective roles. Using Danny himself as the perfect case study, he originally came from very humble beginnings which provided the perfect backdrop and opportunity allowing him to develop a set of skills that brought him to his current position deeply experienced and now positioned as an industry specialist sharing openly as a consultant, speaker and author.

Regardless of where you are at present from beginner to pro Danny Savage is testament that drive, determination and talent all play equal measure in your ascension to the top and he offers all of his online information channels as an open resource. As an active advocate of many of today’s motivational moguls including Tony Robbins and Tim Ferriss he uses many of their strategic steps to branch his abundant energy into building bridges between the industry’s breaking talent and their top end goals.

The Electric Mode team have already been privy to a long list of feature future guests that are coming, starting with Ben Pearce, Denney, Josh Butler and moving into some of the largest names from the beginnings of the scene. Danny is already recognised for his prominent Igloo Disco brand that fast became a UK national feature after his televised Dragon’s Den appearance. Looking back through his support and online feedback, Danny’s advice and insight is always well received so he’s taken all the points onboard that followers email him for content for the recording for his brand new Podcast series. The interviews will feature profile guests through to innovators and influencers to provide unique backgrounds, advice channels, flashbacks and flash-forwards to present and future activity.

Who’s Coming & What To Expect

That Danny Savage will take on the format of traditional shows and turns them inside out with his own trademark style filled with character, culture and obviously comedy. Expect some of today’s top artists, records labels, artists managers, event promoters and more. Launching in the next few weeks (date TBC) be prepared to receive a constant slew of updates of great listening material to re-enthuse your interest in music and learn more about how you can also springboard your own career and learn from the best all with the focus of ‘Giving Back’ to the industry.

Not prepared to rest on his laurels you will see Danny and his associated brands bring a lot more to the clubland territory as he introduces a range of inspirational courses, assets and products over the coming months and early into 2018 … as they often say in radio, listen up for a lot more to come!

For more info and to stay updated follow @thatdannysavage and visit www.dannysavage.com