To Be Released on 12” and Digital January 28 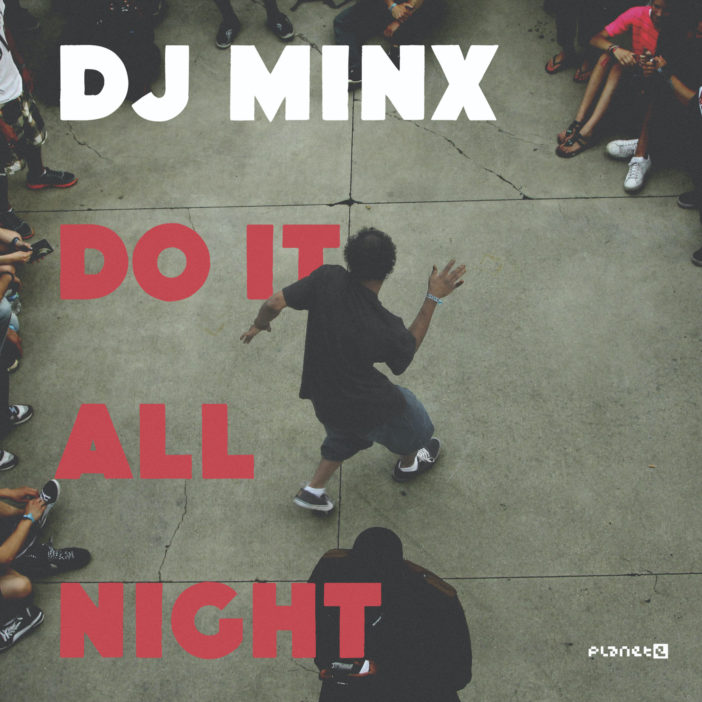 First-Lady of Detroit and longtime member of the Planet E Communications family DJ Minx continues the label’s thirty year anniversary celebration with her ‘Do It All Night’ EP, out on 12” and digital platforms January 28. The EP features a peak time remix from the stratospheric talent Honey Dijon alongside a C2 edit from Carl Craig himself, a powerful package from some of global clubland’s most revered names.

‘Do It All Night’ puts forth a sunk back slice of Detroit house, built to move and jack with abandon. It’s the type of simplistic 303 drum programming and energy building synth work we’ve come to expect from Minx, a veteran of the less-is-more philosophy of all-night dancefloor mastery. Honey stacks on the intensity with her remix while restructuring the tune for harder dance floor moments, while Carl’s edit leans on subtle arrangement changes to breathe his own signature sound into the original.

DJ Minx is a central figure in Detroit’s dance music history, learning to DJ in the late 80s, then holding a vital residency at Motor Club, hosting long-running radio shows in the city for WGPR and CJAM. She’s been a fixture at Detroit’s Movement Festival since 2000, and will curate a stage for the festival in 2022. Her Women on Wax collective and label have sought to champion Black female artists since its inception in 1996. DJ Minx is a recipient of the Spirit of Detroit award for her contributions to the city’s cultural landscape, and was named as one of the 20 Women who Shaped Dance Music by The Black Madonna and Mixmag. Minx has been prolific in 2021, delivering high profile mixes for Resident Advisor and Groove, and covering the December issue of DJMag, dropping the politically charged single Blind Amerikkka, an EP for He.She.They and coming out publicly during Pride.

Planet E celebrates thirty years of showcasing Detroit musical innovation, constantly striving to defy expectations and connect genres across time and sonics. Just over the past two years Carl has released the left-field ‘Attenuator’ jazz fusion project from himself and Moritz Von Oswald, DJ Holographic’s multi-genre Detroit Love Vol. 5, and the first electronic music album from Mexican-American percussionist Francisco Mora-Catlett. This is the type of wide reaching curation that has made him, the label, and Detroit itself the ultimate stronghold for modern musical exploration.