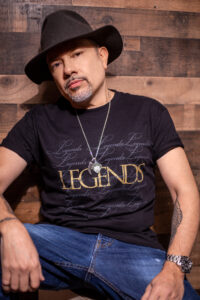 Ahead of today’s release, Electric Mode was invited to a sneak peak of the album at Sweeties – The Standard, London. With a sweeping view of London’s landmarks, we were given the first taste of Louie Vega’s album. Wow, were we impressed. 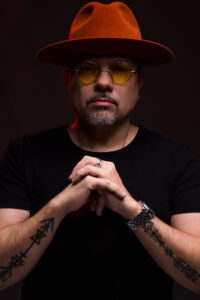 “In the past few years I’ve found new inspiration both from the musicians I’m working with and the audiences coming to see me at my DJ shows,” Vega says.“ So for me this album represents new beginnings, bringing together a beautiful mosaic of artistic perspectives to express musically what we call Expansions In The NYC.”

At its heart, Expansions In The NYC is a love letter to New York, as much as melting pot as the city it represents, the scope of its line-up possible only because of the influence and reference Vega the artist, the DJ, the producer, the curator. In creating this album, Louie Vega has once again utterly enriched the lives and libraries of music lovers the world over, far beyond the hustling streets of NYC that have so indelibly left their mark on his work.

Introduce yourself in one paragraph
My Name is Louie Vega, I am a husband, father, DJ, producer, songwriter and Grammy Winner. I was born in the Bronx, and graduated from Monsignor Scanlan High School. I dedicated myself to music at a very young age and its been with me all my life. Music is my passion. Whether it’s DJing, producing, or performing it live with my band Elements Of life its an emotional trip for me, I take it all seriously and at the same time have fun with it. I’m open minded to new sounds and embrace the youth.

Name 5 labels that have inspired you most?
Five Labels that inspired me the most : Philly International Records, Salsoul Records, Prelude Records, West End Records, Island Records.

Favourite club or festival and why?
Favorite Festival is Coachella. One of the early ones who really took attention to detail and gave you quality artists and djs.

Tell us more about your latest project…
My latest project is the new album “Expansions In The NYC”, its’ a huge ensemble of artists, djs, musicians, who are also friends who I’ve wanted work with for years. The album was inspired by a club night I had in 2019 for that year where I curated the night and played 6 hour sets, but at 3am I’d invite keyboard player Axel Tosca, guitarist Toni C. Percussionists Ritmo Y Tumbao and Sting Ray, Poet Sugah Lyrics, and we would jam out till closing. We would have musical journeys with a spiritual vibe and uplifting tones.

After recording all the sets I would listen at home and then got inspired to create some grooves in the studio. The poet Sugah Lyrics for one wrote the lyrics on “A Place Where We Can All Be Free”, and there’s one perfect example of an inspiration from the 3am jam session.

What really connected you to the label?
What connects me to Nervous Records is Mike Weiss. He is a friend of many years and a musical genius, he knows a good song or track and can foretell its future practically. His ear comes from his dad Sam Weiss who owned Sam Records. When I created about 50% of the album I reached out to him and said this album would be best on Nervous Records, so we partnered up on it. He believes in this project as much as I do!

Collaborations or flying solo – elaborate on this?
I love to collaborate, that has been my mantra for years. Kenny and I have been together with Masters At Work since 1991, so we sometimes venture to do our solo projects since we always had our solo careers. We know when to come back and when it’s time to get on Masters At Work and Nuyorican Soul and we support each other with each one’s solo project. We get the best of both worlds and most of all there is Trust between us.

What quote represents you best?
“The bridge between the Latin and African American Community at home in NYC, when it comes to House Music.” This is a Tony Humphries quote.

One song I couldn’t live without is “Love Is The Message”.

Name drop your top tunes, artists or DJs (past or present)

What was your first release?
My first release was a remix I did for the band Information Society entitled “Running” on Tommy Boy Records.

What’s your next release?
Next release is my album on April 29, 2022 entitled “Expansions In the NYC” on Nervous Records.

Favourite clubbing memory?
Going to clubs in New York City in the early 80s as a teenager. It was like going to 20 Ministry of Sounds. The sound in New York City was unreal and you heard the best djs and music every weekend and even during the week.

Open plug …. Three things our audience should know
Ibiza is open for summer. Check out my album listening parties in a city near you at hi fi listening bars, these are exclusive. Look out for The Ritual With Anané & Louie Vega coming to a city near you.

Where can people find you?

Head Of Marketing for award winning The Everyday Agency and new Digital Editor for Electric Mode. Damien has over ten years experience within the industry; in his career he has marketed gold accredited campaigns, achieved multiple ARIA club-chart #1’s, managed the careers of platinum selling artists and held board and senior roles within festivals and music industry conferences.