RESISTANCE has taken Tuesday nights in Ibiza by storm, and Week 8 was no exception. With massive line-ups and festival-like production RESISTANCE continues to deliver truly unforgettable clubbing experience. There is a reason why the world’s biggest club Privilege is full to its capacity every Tuesday night, and you are about to find out why. 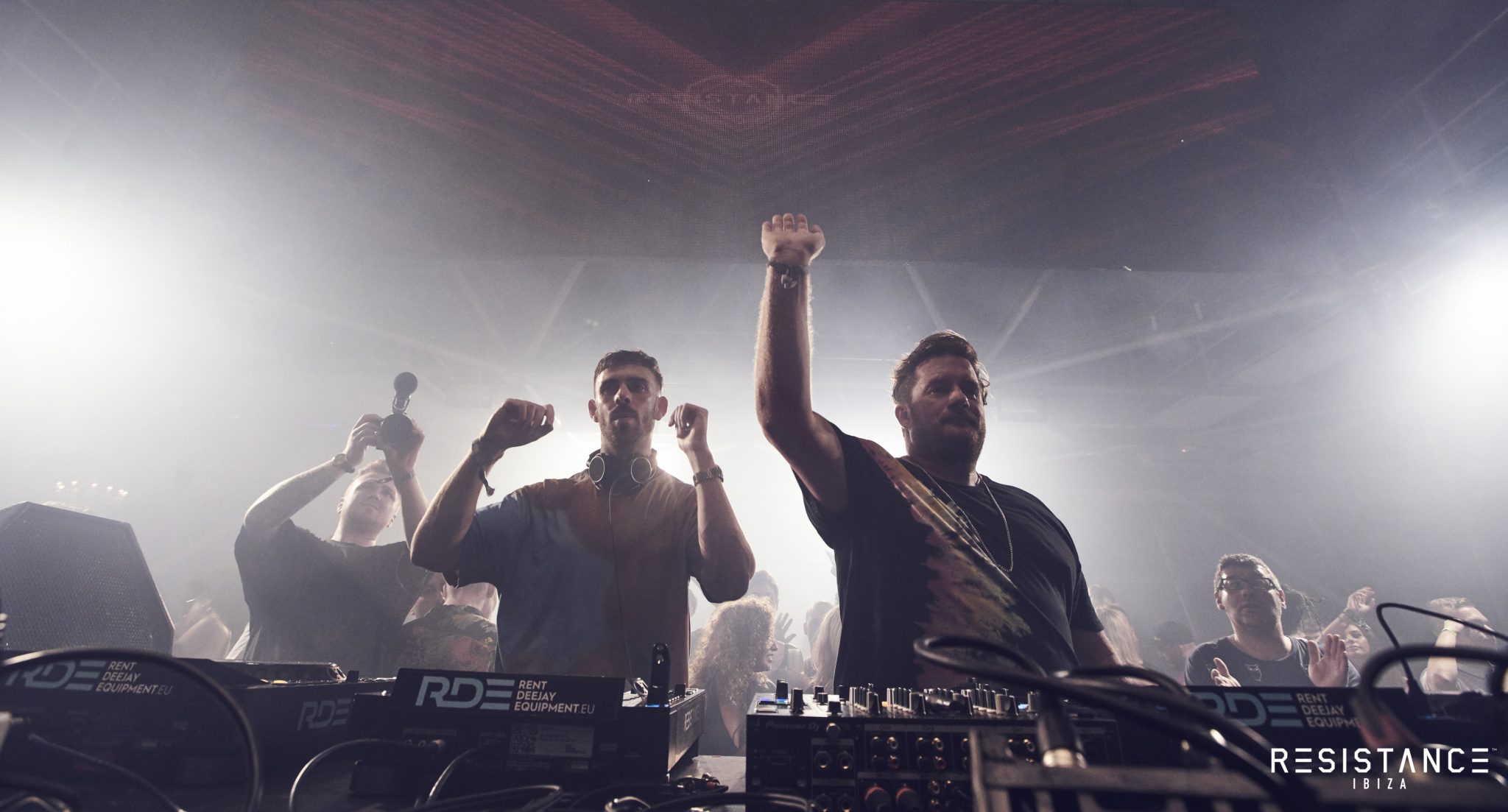 RESISTANCE was unstoppable last year, with solid techno line-ups providing a successful debut season at Privilege. In the Main Room, Paco Osuna provided heavy tech set with the signature style that can be spotted by any keen fan. World-renowed artist with a deep awareness for sound aesthetics Paco knew exactly how to hypnotize the crowd delivering variations of tension that drove the dancefloor crazy. Next on Pan-Pot took over control. The relentless DJ duo engaged the clubbers with a mix of techno and tech house that brought an energetic feel to the crowd. Most anticipated Adam Beyer turned up just before 5AM delivering a thundering techno set to ecstatic crowd. Making his last appearance at the RESISTANCE this season Swedish underground music icon once again proved to be the undefeated champion turning the atmosphere on the dancefloor into an absolute madness.

In the Vista Club (Terrace), RESISTANCE laid on a proper buffet of techno and tech house. Yousef knew very well how to dominate the Vista Club keeping it busy despite the presence of the world-renowed icon in the Main Room. Next on Eats Everything B2B Patrick Topping turned up behind the decks. Blending together elements of electronica and techno this impeccable pairing took those within the Vista Club into the early hours of the morning. Remarkable Tuesday night techno feast proved RESISTANCE is nothing short of immense. 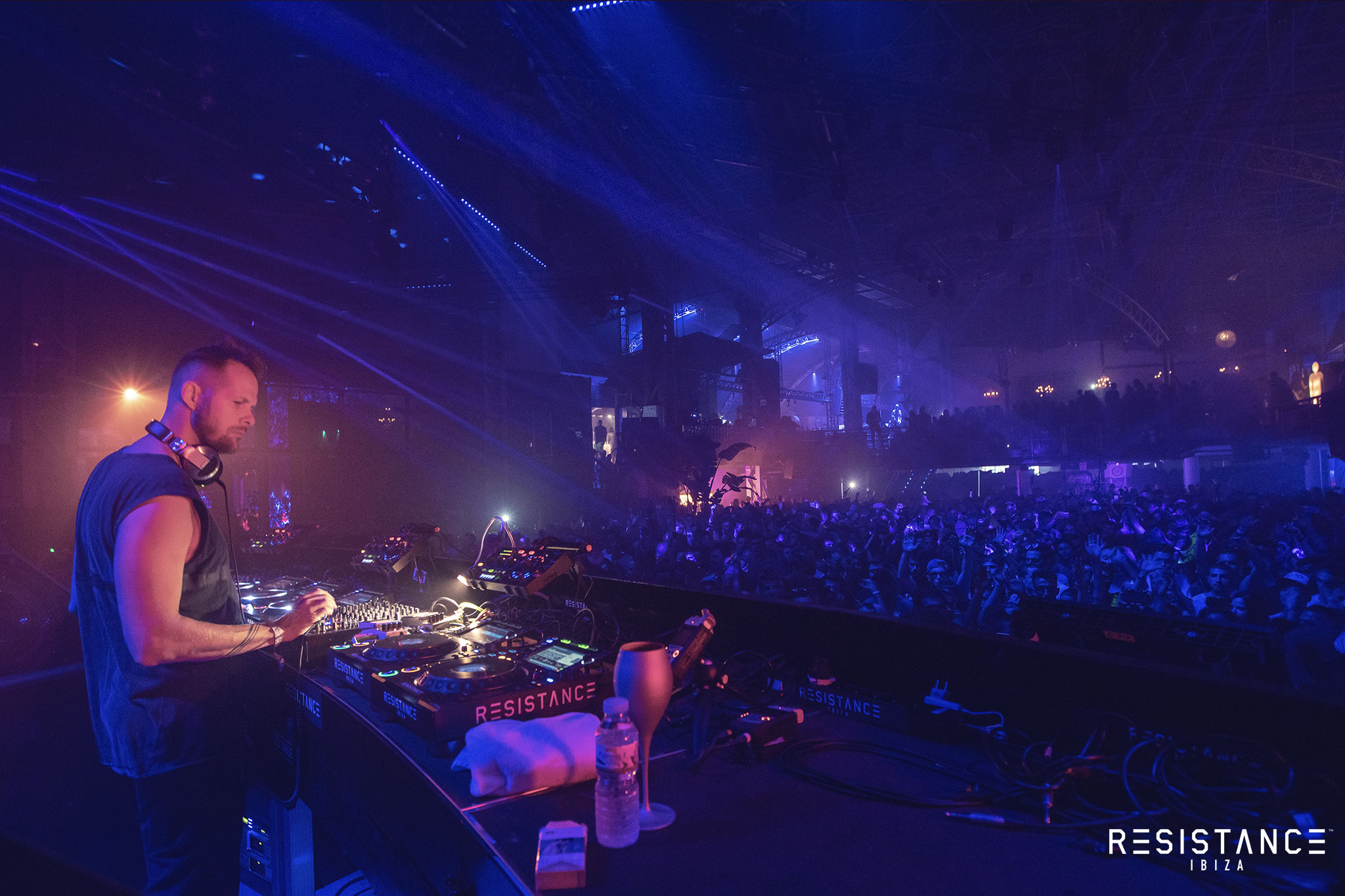 Apart from techno superstar line-ups playing every week, RESISTANCE is also known for its breathtaking festival-like production.The music and the staging were perfectly synchronised. In the Main Room, beaming red, purple and blue lasers were scanning the dancefloor and creating another dimension. The retractile ceiling made of large panels was hovering above the DJs and the dancefloor, moving up and down, illuminating and creating a flashing ceiling above the crowd. Across the room a tribe of dancers in glowing metallic costumes hypnotised the crowd with an acrobatic dancer suspended over the stage complementing the spectacular show. Vista Club (Terrace) was’t behind with futuristic visuals and lasers powered through the room as well, complimented by floor-to-ceiling window views of Ibiza Town. The production throughout the night was without doubt second to none, with mind-blowing visuals creating an euphoric atmosphere. 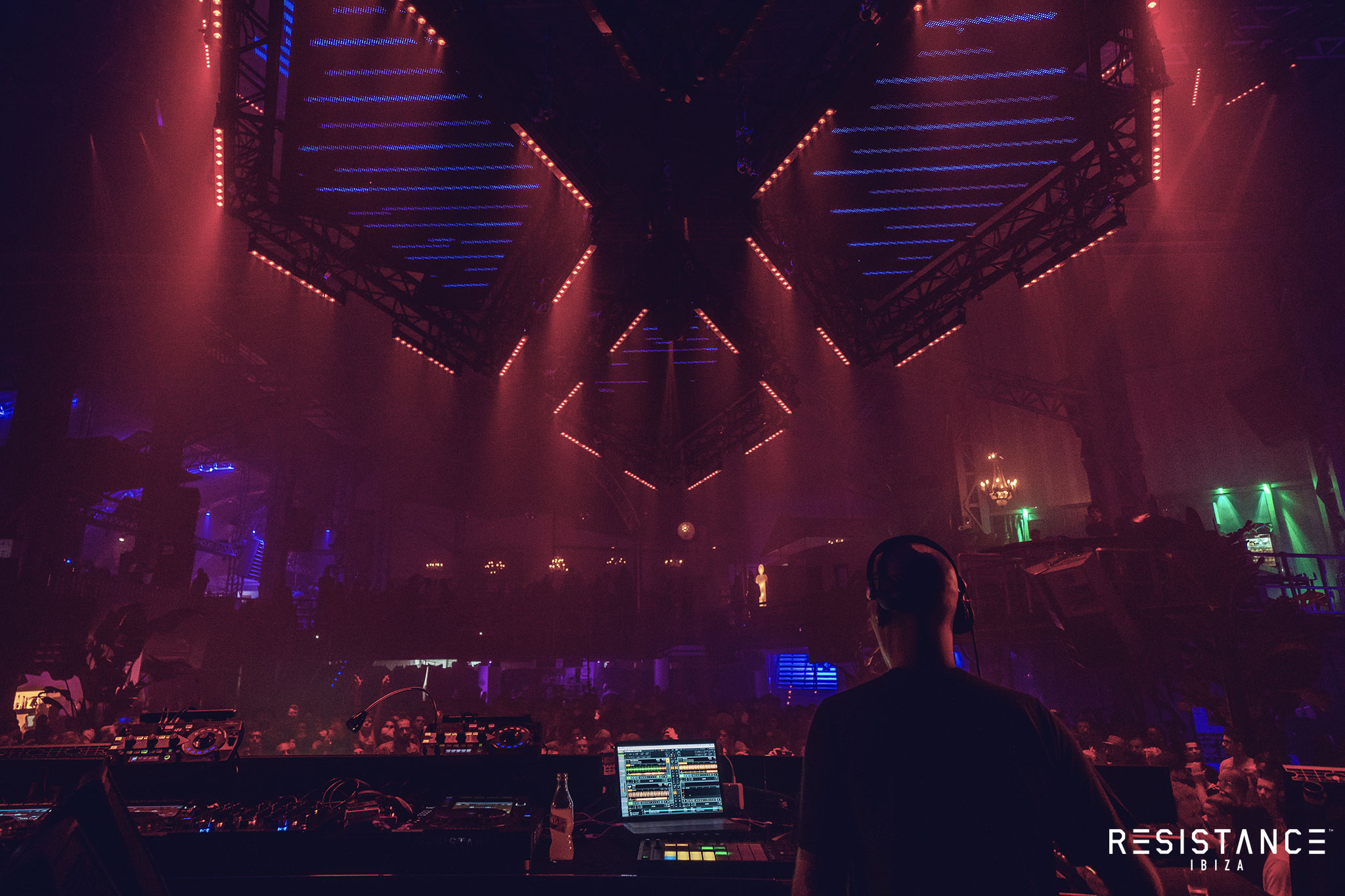 Located in the heart of the island, Privilege is the world’s biggest club with the capacity of 10 000 people. Previously a community swimming pool the club became a legendary venue attracting the clubbers from around the globe. With a Main Room the size of an aircraft hangar 25m high, complimented by the spectacular Vista Club and Vista Blue, various gardens and chill out areas and of course the iconic dome, it makes for the most captivating multi roomed clubbing experience on the White Island. 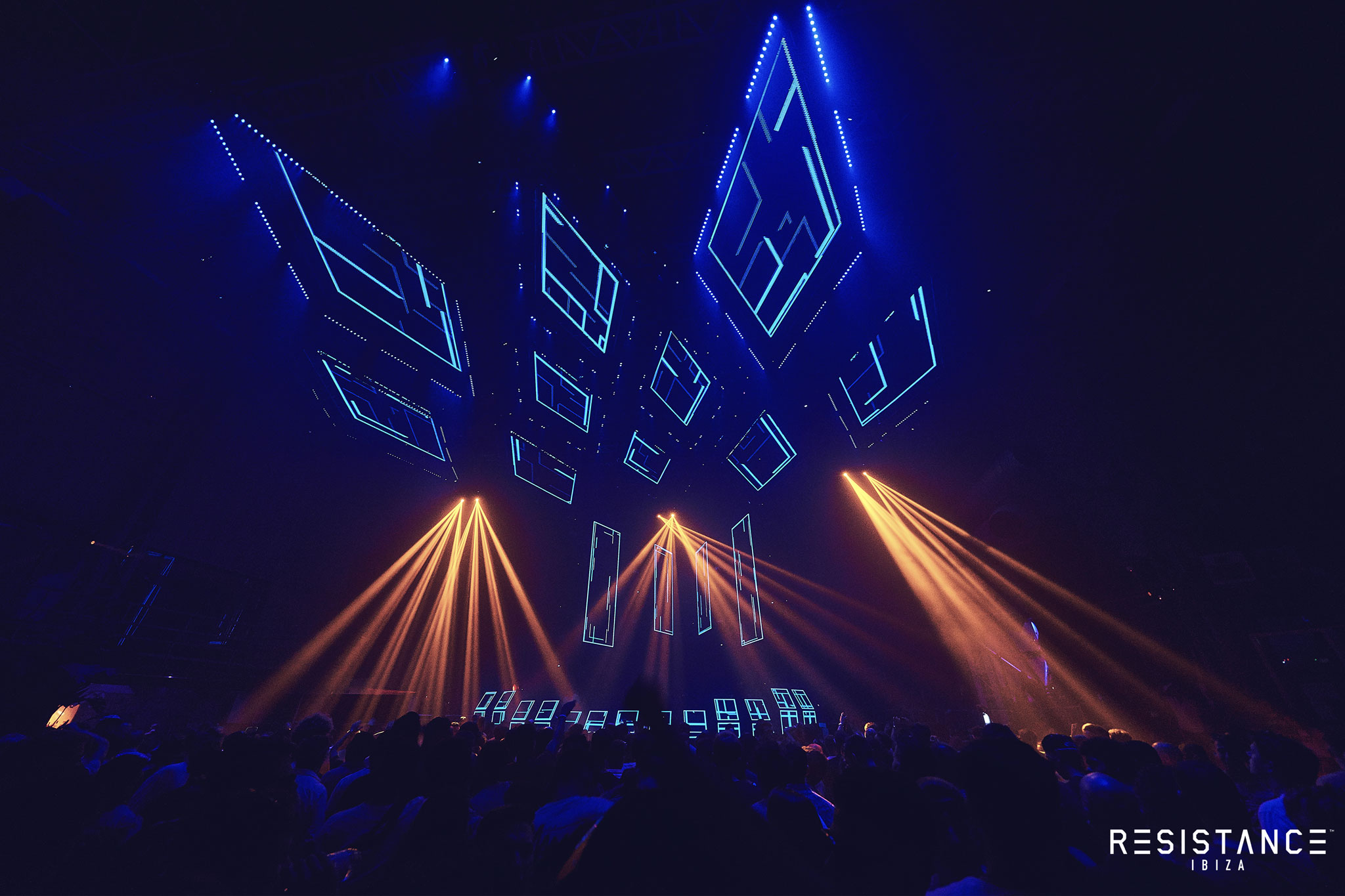 Tuesdays with RESISTANCE make it the biggest night in Ibiza that simply cannot be missed if you are on the island. Next Tuesday 11th of September is RESISTANCE Closing Party with the King of Dance Music Carl Cox, Maceo Plex, Skream and more world-class DJs.

Get your tickets & find out more: https://resistanceibiza.com 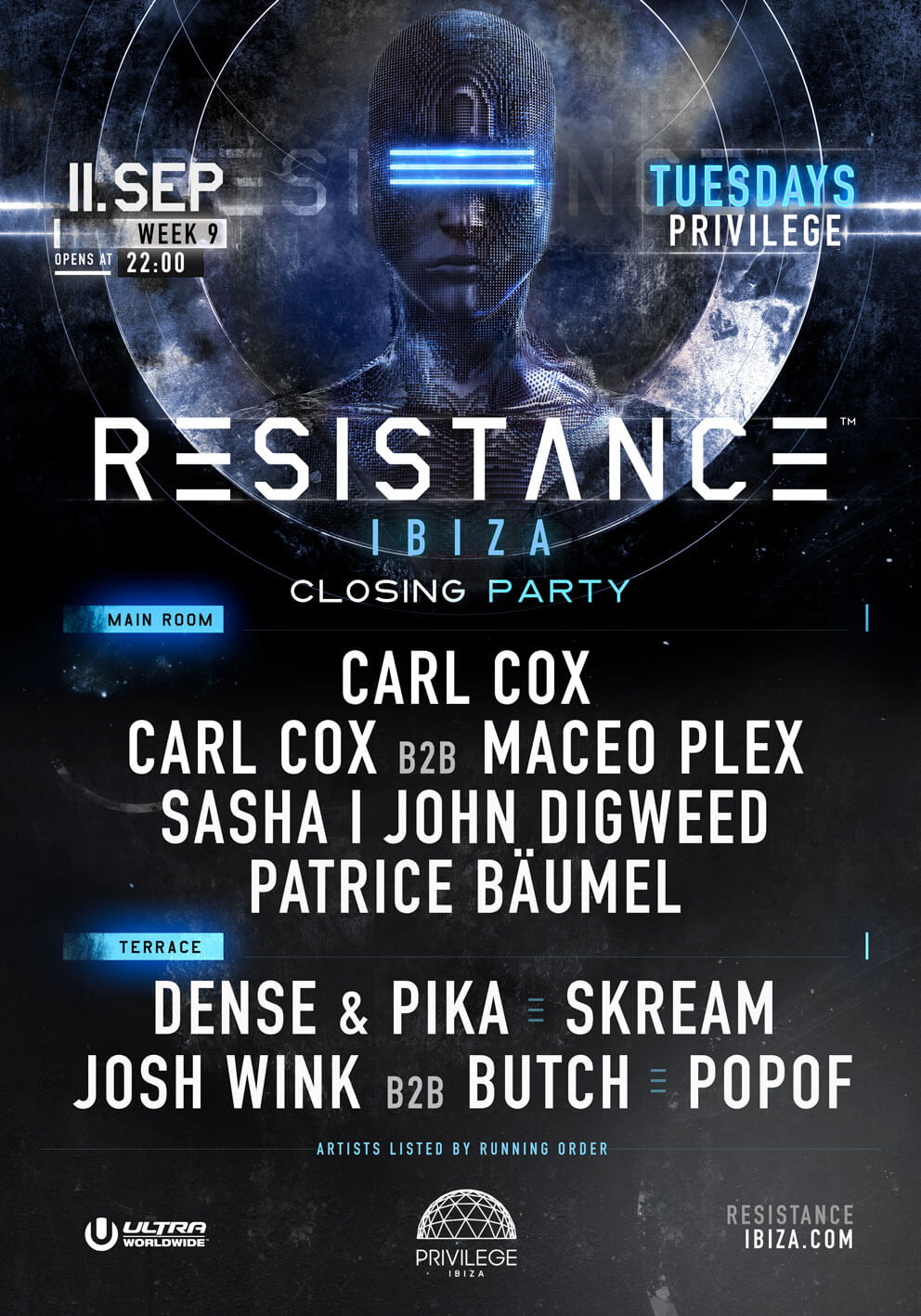 Still not convinced? Watch the Gallery with selected best shots from the RESISTANCE second season: