It was late as I was walked through east London. In a matter of minutes, I would be at the former Sudio Spaces.

The night would be minimal house and plenty of melodies, the beats stuck amid the resurrected warehouse known as E1.

It wasn’t long before I found out otherwise. Amid a city where a night’s magic is rolled out by PR gangs, I knew what to expect.

At least, that is what I thought.

I entered along a cobbled street and made for the bar. Before I could open the damned thing I heard it.

The track was ‘Voices From the Dawn‘ by Adriatique. The raw power and drama of this track was clear from the off- it drew me into the main room, adorned with pillars and a burgeoning crowd who undulated to the track’s piercing sirens.

The build up was incredible, and with the tension released in the drop- a great cheer went up. There was not one phone in the air and I noticed smiles beaming all over the shop.

Aidan Doherty played a set full of techno, raising the pitch of the room to peak-time levels, reaching a crescendo at 2 am, when Kollektiv Turmstrasse took to the helm.

There was no melodic, minimal house and tech- this set was rumbuncitios. Right from the get-go, Kollektiv rolled out weighty tech-house, with fat basslines and unique percussion, in true contemporary Diynamic records style.

The room had filled and was dancing with greater intensely, I was still yet to see a phone- as Kollektiv debuted some their content. They spent January holed up in the studio- it was time for them to show what they had to offer.

This was a different Kollektiv, they played none of their known songs- an evolution. It was a set of building intensity, and it wasn’t too long before real techno was played.

Next up was the track ‘Planeta‘ by Artbat. A firm classic of Solomun in the past year, it is a devastating track that is at once jarring and powerful- magnetic and monstrous.

The Function-one sound system had been turned to full volume, and the final drop of the track brought repetitive snares that sent everyone wild, it was a release – the DJ-crowd connection had been firmly established.

Weaving their set with strong percussive elements, Kollektiv played ‘Engage‘ by Patrice Bäumel, which was complemented with a phalanx of red lasers, carefully construed by the light guy in his own box – which made the sensory experience unlike anything else.

Printworks has the ‘wow’ factor and the size- but E1 had the magic and the crowd to match- like a party where you knew everyone, but all were strangers.

An odd experience- but most welcome, as energy levels rose beyond what was thought possible. Kollektiv showed that they are a force to stand alone on lineups, this was their evolution in full flow- in a room full of true music fans, in what the deepest rave I had been to in London for years. 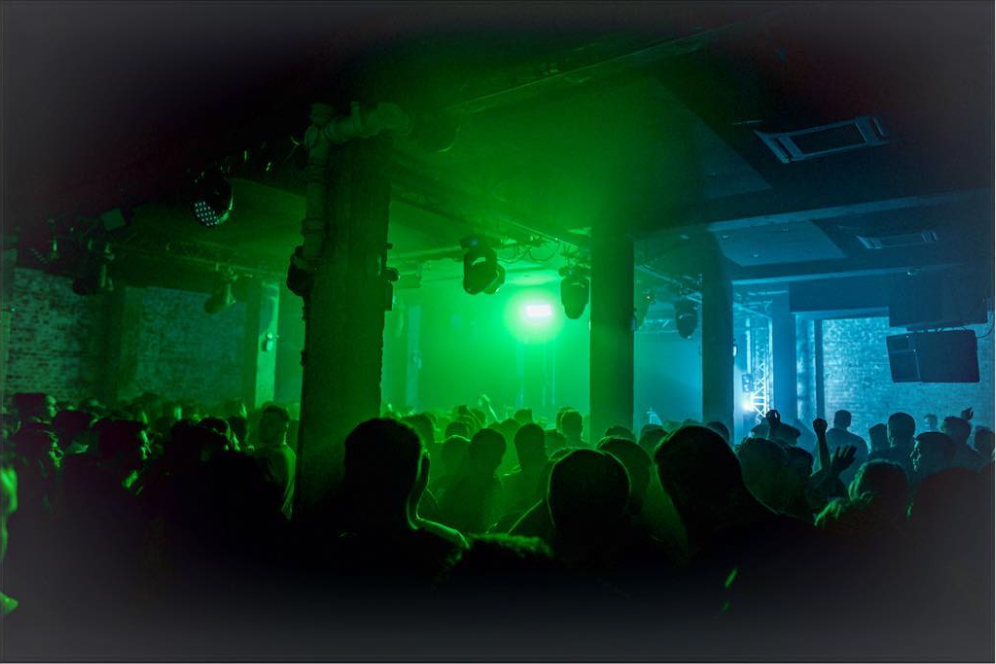