Orange Kush is making serious waves with his new album ‘Days of the Underground’. A collection packed with quality vibes and raw energy ready to dominate any dance floor!

Brighton’s own Orange Kush is making himself known with the scintillating new album ‘Days of the Underground’. This album is his first full length studio album, and is a melting pot of his original inspiration; old school Hip Hop and breakdancing mixed with Acid House, Rave and Drum and Bass. ‘Days of Underground’marks the reincarnation of Orange Kush and is the first project to be released on his new label Congellous, named after his late father. ‘Days of Underground’ is a heavy-hitting eight track album that will definitely leave you wanting more. 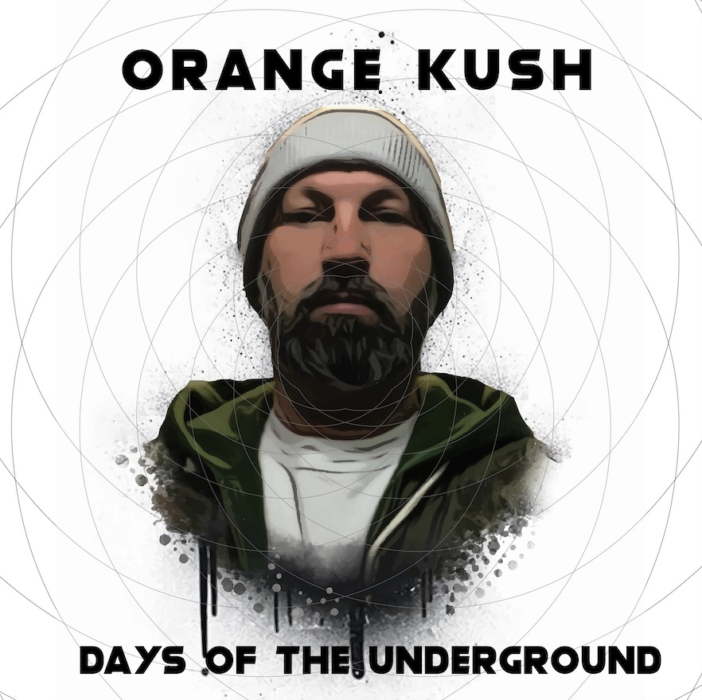 Listen Here
OUT NOW! | Release Date: 1st October
Former Breaks pioneer, Stanley T Jones (Orange Kush/Jaguar/60Hz), makes a welcome return to the dance music arena, unleashing his brand new label Congellous, exploring the deeper side of breaks and hip hop and the lighter side of Drum and Bass. Moving into production in 1998, Stan became a part of the Nu School Breaks scene under several guises releasing as Orange Kush on Botchit & Scarper, as Jaguar on TCR and 60 Hz on Second Skin with many releases under his belt. Stan has also remixed for acclaimed artists such as King Kooba and Ninja Tunes’ DJ Food and went on to work with live bands notably (Ex. Kooks) Max Rafferty band. He has received support from the likes of DJ Mag, Mixmag, Andy Weatherall, Boy George, Mary Anne Hobbs, Tayo and Rob da Bank. Now back in full time production, Stan as Orange Kush is exploring his love for the deeper side of Electronica, fusing breakbeat grooves and airy Tech flavoured synthology to paint profound analogue soundscapes, giving a little wink to yesteryear.

Listen to more of Orange Kush