Drezlo is no stranger to the scene and has performed at events from Berlin to Ibiza, from Zurich to Miami and Moscow through to Lisbon with releases that have topped Swiss charts several times including ‘Party’ on Sick & Sound, ‘We Are’ on Breeze Records and now takes it up a notch with ‘Vision’ on International EDM recording label, UFO Recordz.

Portuguese DJ and Producer Deepblue also known as Joao Carvalho is also no stranger to the scene and has built his reputation as a powerhouse producer in the industry for more than a decade now. Known for his insane production skills and stage personality, Deepblue has performed at festivals and gigs including RFM Somnii, EDP Beach Party and MEO Sudoeste to name a few. These are definitely 2 producers you want to keep eyes on so be sure to connect with them on social media platforms below and stay up-to-date with the latest in happenings and new music! 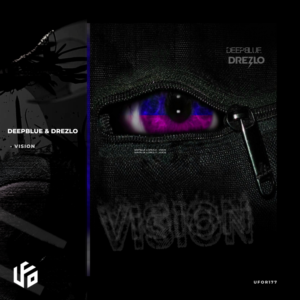