This years anthem seems to have arrived early and in the definable form of an outstanding Abba rework. Before you breathe deep, leave your preconceptions at the door and prepare to celebrate the freedom that pure disco goodness can create on a dance floor. This is BIG!

Outside of the usual European lead, Melbourne has long been hailed as a hotbed of musical hits, with a solid talent pool that regularly impact the world with electronic heavy hitters. Sgt Slick, the Australian based producer and DJ aka Andy Ramanauskas, has become a solid fixture behind the decks and on dance music charts and radio for the better part of 20 years. He has a huge list of achievements under his production aliases “Sgt Slick and “L’TRIC”, including ARIA and APRA Awards and nominations, US Billboard, UK Music Week, ARIA, Traxsource and Beatport # 1 Records, and a string of successful music releases and collaborations with the likes of Kaskade, Chuckie and Robbie Rivera to his name. 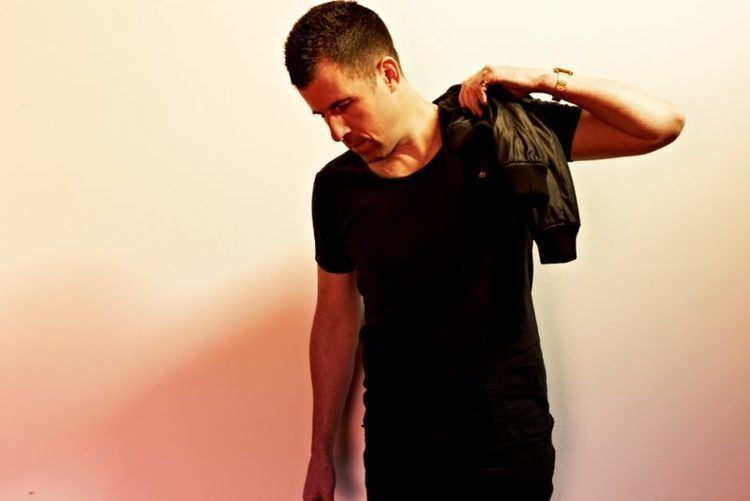 With original music released across many of the world’s biggest labels, including Spinnin’, Ultra, Positiva, Island / Def Jam and Capitol Records, whilst on Spotify his music reaches close to a million listeners every month. Andy’s career as a producer has opened doors to gigs and shows all across Australia and Asia, and also led to a 7 year relocation to the USA which included high profile gigs and residencies from Los Angeles to New York City, Las Vegas to San Francisco, Boston to Atlantic City and beyond.

Andy has always kept his ear to the ground and an eye on exactly what is required to keep a party and a production moving from start to finish… in 2020 expect fresh L’TRIC material dropping worldwide on powerhouse label Ultra Records, as well as new Sgt Slick singles… including remixes of his filtered house classic and ARIA Award Winner “White Treble, Black Bass”, and “Gimme! Gimme! Gimme!” which is already a fixture in clubs and on radio after reaching the #1 spot on the ARIA Club Chart in a record 3 weeks and destroying dance floors nationwide!

Huge congrats to Sgt Slick L'tric on his and Vicious Recordings first number one Australian Club Chart of 2020 with “Gimme! Gimme! Gimme!”. Garnering huge reactions already all over Aussie clubland, it's out on all download/streaming services this Friday 7th Feb!

Starting off as a bootleg, this killer tune has been creating major dance floor movements over the past few months and is prepared for full release. Love or loathe it, this hook is unstoppable and instantly recognisable as it seeds its way out of the sound system. We’ve already witnessed the likes of Folamour and Dimitri From Paris dropping unique versions, Disco monster Glitterbox, Boiler Room, Resident Advisor and major festivals are all being torn up by this track in its many guises.

Gimme! Gimme! Gimme! at Beyond The Valley!! This one is OUT NOW!!! Stream / Download on Spotify Apple Music and iTunes

For the Vicious Recordings team, it made perfect sense to embellish a hook from one of the worlds greatest selling acts and return with a definitive clubland interpretation that instantly erupts into a memorable moment. With the likes of the influential and innovative DJ’s like Joey Negro and Greg Wilson all noting the impact of Abba’s production prowess, it’s easy to see the lasting mark they’ve added to disco and pre-house scene. It would be madness to leave this resigned to the past without bringing it firmly into the present as we’re reminded clubbing doesn’t always need to be highbrow and serious.

With major plays coming in from Festivals such as “Beyond The Valley” to profile clubs and events from across the world, the global demand can barely be serviced as it is… Dropbox recently dropped a warning following the meteoric activity it created. Presently taking on a mix of reactions peaking at consistent 9 &10’s, it’s also garnering International radio play and positioned at #1 on the Australian Club Chart’s

OUT NOW … you know this one’s going to blow sky high!